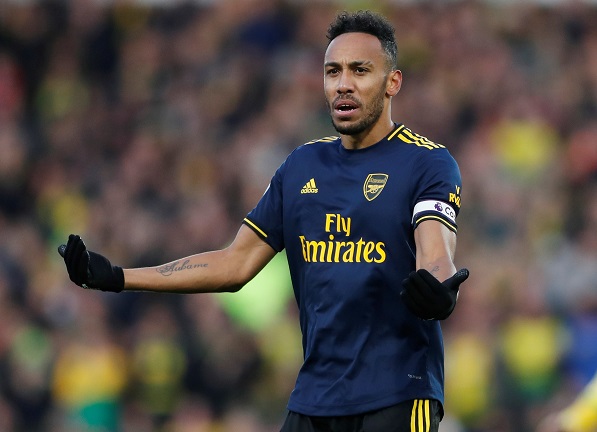 Gabon international Aubameyang is currently serving a three-match suspension for his red card in the 1-1 draw at Crystal Palace on January 11 and his enforced absence has brought about rumours of a potential switch to La Liga champions Barcelona.

Earlier this week, reports in Spain suggested the 30-year-old, who has been at the Emirates since January 2018, has already been in contract with the Catalans and has told the European heavyweights that he would be willing to join them if the opportunity comes around.

Aubameyang is into the final 18 months of his contract with the Gunners and he is believed to be eyeing an exit in the summer to boost his chances of winning a major trophy, something which looks a long way off for Arsenal right now.

However, Arteta has responded to these claims and is adamant the forward is happy at Arsenal, insisting the striker is not looking to leave.

He said: “As far as I know, I think a week ago, we were discussing that he said he was so happy, that he didn’t agree with the things that were being written in the media, that he has his future here.

“I’m so happy with that so that’s where I’m standing at the moment.”

Barcelona’s hopes of landing Aubameyang could also hinge on the clauses that are in the forward’s contract, with reports suggesting he stands to lose out on a loyalty bonus – worth £15.15million across four instalments – should he leave North London.