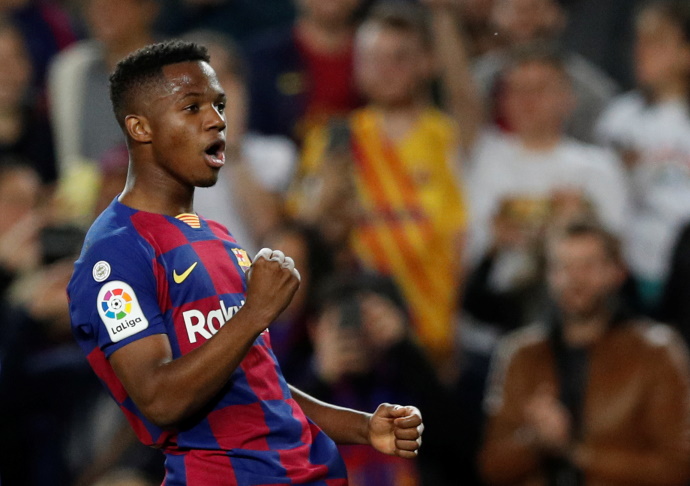 Quique Setien says the potential of Ansu Fati is there for all to see as the youngster scored both goals in Barcelona's 2-1 win over Levante.

Barca moved back to within three points of La Liga leaders Real Madrid with the hard-earned win, and have 17-year-old Fati to thank for the victory.

Fati became the youngest player to score a La Liga brace this century when he popped up in the 30th and 31st minutes to put Barca 2-0 up.

Levante pulled a goal back late on through Ruben Rochina, but the damage had been done and Setien had nothing but praise for the young starlet after the game.

Not only for his ability to attack and score goals, but also for his all-round game and the way he defends for the rest of the team.

“I think that Ansu is a boy that is emerging, that we all know that has great potential,” head coach Setien told a news conference. “You have to understand that you have to give him peace of mind and confidence to exploit what he has inside.

“Apart from the two goals, what I give credit is the work he has done in defence. He has worked hard. He has given us solutions.”

Setien was also pleased with the team performance on the whole but says there is still plenty to work on.

He was unhappy with the way Levante were allowed too many shots as they lost control of the game in the second half, and thinks Barca should have put the game to bed in the first half.