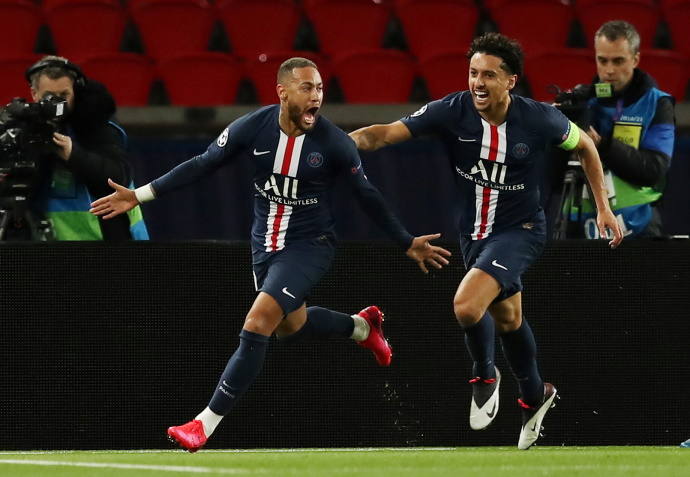 Reports in Spain claim Neymar has rejected the chance to sign a new contract with Paris Saint-Germain as he looks to secure a reunion with Barcelona.

Neymar left Barcelona for PSG for a world-record €222million in the summer of 2017, but his time in France has been turbulent.

Performances have always been to a very high standard and he boasts 69 goals in 80 appearances. However, talk of a return to Barcelona has always been on the agenda.

Barca attempted to re-sign the Brazil international last summer although they were unable to agree terms with PSG.

He was targeted by PSG’s ultras when his current campaign got underway, but he was quick to silence them as he scored an overhead kick in his first game back.

A return to the Nou Camp continues to be a major talking point and the latest reports suggest it could happen this summer.

It’s claimed summer 2019 signing Antoine Griezmann could be moved on to pave the way for Neymar’s acquisition.

The Blaugrana could still win the Champions League and La Liga this season although their standard of performance has been well below-par.

Indeed, Ernesto Valverde lost his job in January and Quique Setien has yet to win fans over since arriving as his successor.

Bringing Neymar back to the Catalan capital would undoubtedly appease fans and likely help Barcelona step up a level.

It’s understood PSG were hoping to use the current break in action to tie Neymar down to an extension. However, the forward has refused to put pen to paper, suggesting an exit is on the cards.

Neymar scored 105 goals in 186 appearances during his previous stint with Barcelona, winning eight pieces of major silverware – including the Champions League and two La Liga titles.