Xavi confident of stepping up to Barcelona challenge 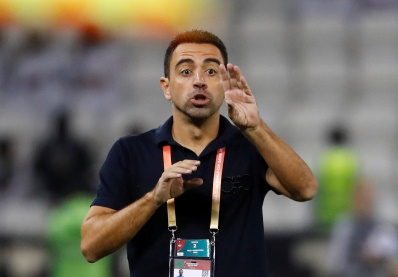 Former Barcelona midfielder Xavi says he is ready to return to the club as manager, but he has warned he would remove any “toxicity” in the dressing room.

The 40-year-old left the Camp Nou in 2015 after spending nearly 20 years in Barcelona.

He made 767 appearances for the Spanish giants before moving to Qatar to play for Al Sadd.

Since retiring in 2019, he has coached the club, and he was linked with a return to Barcelona when Ernesto Valverde was sacked in January.

Former Real Betis coach Quique Setien ultimately took the job, but Xavi is still being earmarked for a potential return.

He won eight LaLiga championships as a player and four Champions League titles, but the fan favourite says he would wield the axe if necessary upon his return.

He told La Vanguardia: “I am clear that I want to return to Barcelona, I am very excited.

“Now that I have seen myself coaching, I think I can bring things to the players.

“But I made it clear to them that I saw myself in a project that started from zero and in which the decision-making was mine. I would like to work together with people in whom I have confidence, with whom there is loyalty and who are very valid people.

“There can’t be anyone toxic around the dressing room.”

Barcelona are currently top of the LaLiga table after a win in their last match, coupled with a surprise loss suffered by Real Madrid at Real Betis.

Even though the catalans lost the recent El Classico, Setien’s team have a two-point cushion over their arch rivals after 27 matches.