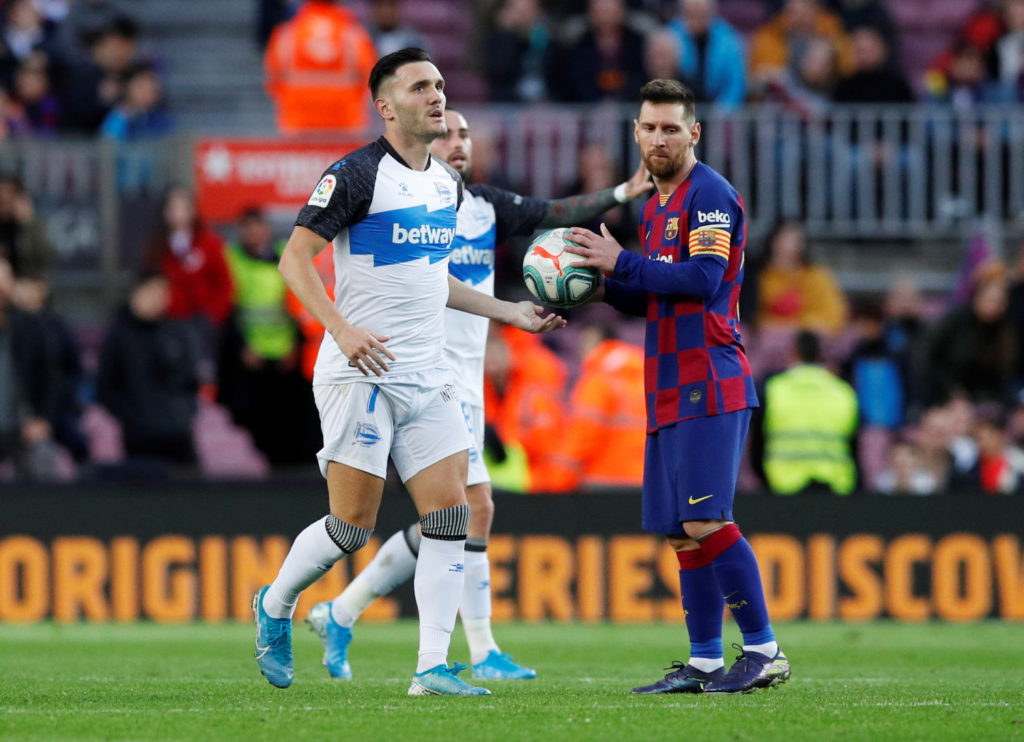 Lucas Perez says he turned down the advances of Spanish champions Barcelona during the January transfer window as he is "happy" at Alaves.

Spanish forward Perez joined Alaves last summer, bringing his short spell at West Ham United to an end, and he has enjoyed his time at the Mendizorrotza, scoring 10 goals from 24 La Liga appearances.

The 31-year-old’s performances have helped El Glorioso to 14th in the standings, eight points clear of the relegation zone, but he could have been plying his trade for a different club in the second half of the campaign.

With Luis Suarez and Ousmane Dembele both on the sidelines for Barcelona, the reigning Spanish champions were granted special dispensation to sign an emergency forward despite having Lionel Messi and Antoine Griezmann fit.

Lucas Pérez has scored 10 LaLiga goals in a season for the second time:

The Catalans ended up acquiring the services of Martin Braithwaite from Leganes but Perez, who endured a frustrating two-year spell with Arsenal from 2016-18, could have been playing at the Camp Nou.

“In the winter transfer window, like all transfer windows, teams usually call,” the Alaves star told Marca. “In fact, not only Barcelona called, but other teams as well. But in my head, I wanted to end the season here because I am happy and I have a contract.

“I didn’t want to take another misstep, where I would not have opportunities, as happened to me in England. In no case did I plan to leave mid-season, I want to stay here until the end.”

Perez returns to La Liga action on Saturday when Alaves make the trip to Leganes, who are sitting 19th in the table and are only off the bottom of the standings on goal difference.