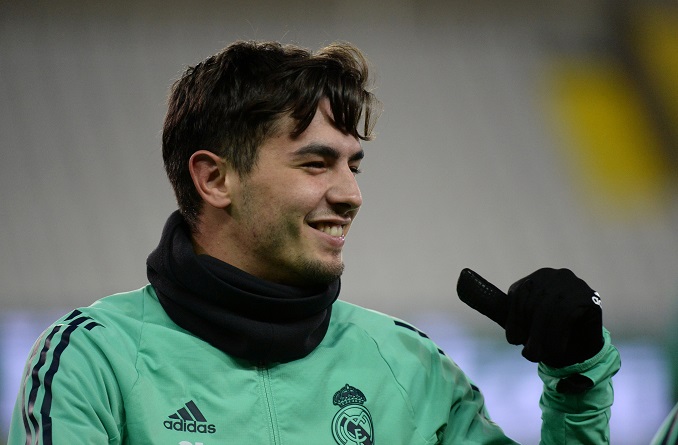 Real Madrid midfielder Brahim Diaz has rejected a loan switch to Getafe despite his lack of game time this season.

Diaz, who joined the Bernabeu club from Manchester City last January, has found playing time difficult to come by in 2019-20. He was bought by Zinedine Zidane’s side in a £15million deal and made 11 appearances in his first half-season, scoring once.

This time around though, he has only played four times for Los Blancos, with his last appearance coming just under a month ago in the Champions League when he played for 20 minutes as a substitute in their 3-1 away win at Club Brugge.

Diaz, a Spain Under-21 international, who is also eligible to play for Morocco, has been heralded as one of the brightest prospects in Spain.

However, he is not getting the desired game time due to others being preferred to him in the attacking midfield positions

Getafe enquired about his availability as they look to strengthen their squad for the second half of the season.

Last season’s Europa League qualifiers were keen to take him on a loan deal until the end of the season.

However, club president Angel Torres says the player is not keen on the move, but they will not give up their pursuit.

“Perez told me that they’re OK with that, but it depends on what the boy wants – and it seems like he doesn’t want to leave Madrid right now. So we’ll have to see. Our coach likes him; it’s a possibility.”

Diaz made 15 appearances for Manchester City across all competitions before completing the move to the Spanish capital and it appears he may have to move again to get regular games.

He may fall further down the pecking order with Manchester United star Paul Pogba continually linked with a move to Los Blancos.