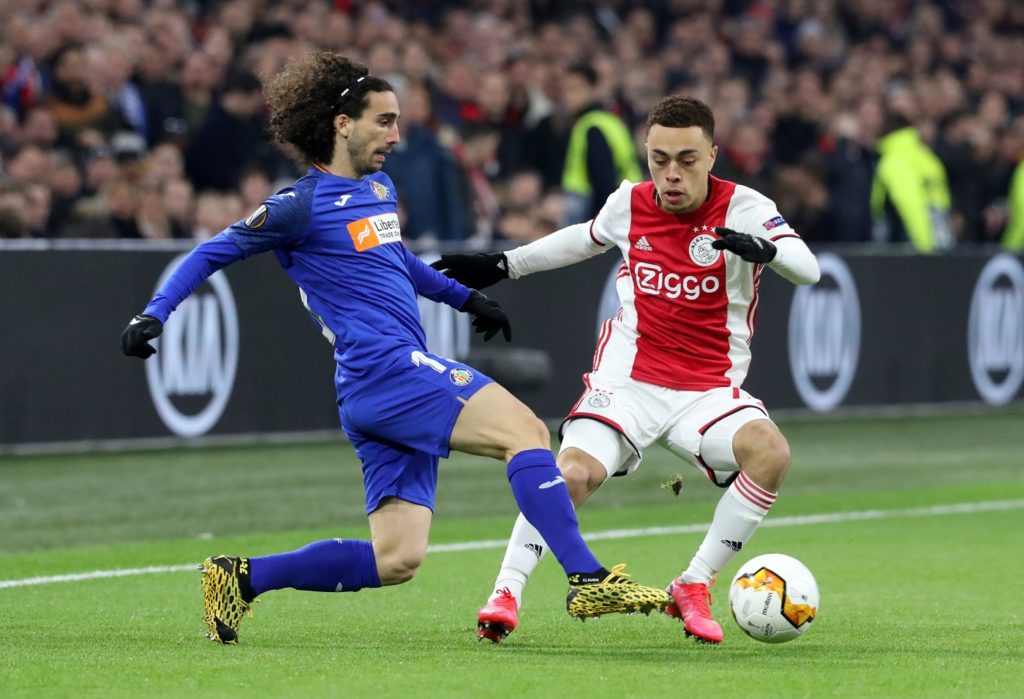 Getafe are expected to complete the permanent signing of Marc Cucurella this summer but other clubs are also showing an interest.

Cucurella joined Getafe on loan from Barcelona at the start of the season and he has played a major role in the Madrid-based club’s challenge for Champions League qualification this term.

The 21-year-old has particularly caught the eye with his versatility at the Coliseum Alfonso Perez, as despite being primarily a left-winger, he has also proven himself as a more than competent operator at full-back.

Getafe hold an option to sign Cucurella on a permanent basis in the summer for a reported €6million, although Barcelona will retain a clause to buy him back in the future.

It is believed Getafe have already agreed with Cucurella to insert a €25million release clause into any permanent deal he signs with the club, but despite that all being in place, Premier League side Chelsea and Serie A giants Napoli are said to be showing an interest in signing him as well.

The Spain under-21 international is certainly likely to attract plenty of interest this summer, although any potential transfer could be complicated by the deal in place between Barcelona and Getafe.

Cucurella will be hoping that he will have further opportunities to showcase his talents between now and the summer.

La Liga is currently postponed until April 3 at the earliest in an attempt to contain the outbreak of the coronavirus, with Getafe’s next scheduled match currently set to take place the following day when they play host to Eibar.