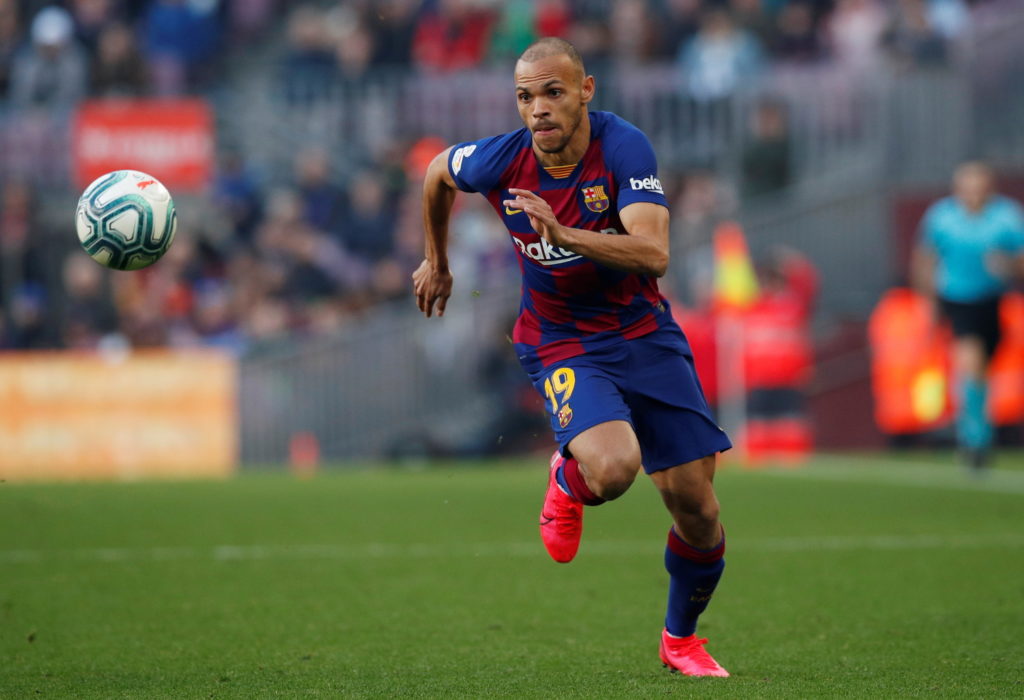 Leganes have hit out at the Spanish Football Federation (RFEF) after their request to sign a replacement for Martin Braithwaite was rejected.

Braithwaite left Leganes for Barcelona on February 20 – outside of the transfer widow – to provide cover for the injured Ousmane Dembele.

The Frenchman has been ruled out for six months and La Liga regulations state that clubs can buy a replacement if a player is sidelined for over five months.

Leganes, who currently sit second from bottom and five points from safety, were powerless to prevent their top-scorer leaving after Barcelona triggered Braithwaite’s release clause.

A fee of €18million was handed over and the striker penned a contract at the Nou Camp which runs until June 2024.

With relegation a serious and looming concern for Leganes, they requested permission from the Spanish football authorities to bring in a replacement for Braithwaite.

However, that has now been rejected with RFEF stating there is no ruling with FIFA, RFEF or La Liga that would allow a club to add outside of the window unless it is to cover for long-term injury.

RFEF claim that allowing Leganes to make an acquisition “could lead to a series of transfers and signings out of the regular transfers period and thus affecting not only the competition’s integrity but equality among its participants.”

Los Pepineros are clearly extremely unhappy to learn that their request has been turned down and have hit out at RFEF in a strongly worded statement.

“C.D Leganés reaffirms itself about how unfair this situation is. The current regulation about it harms competition’s equality and integrity. All clubs should be able to compete as equals and this situation has meant and important and relevant damage for the club.” Leganes said in a statement on their website.