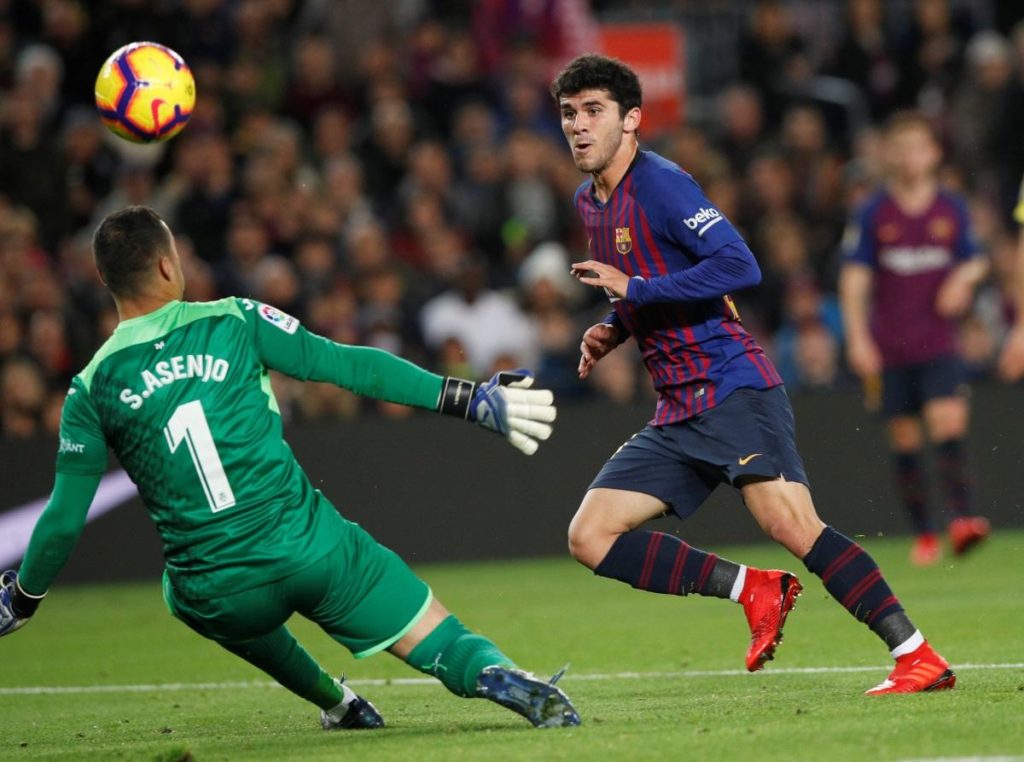 Carlos Alena admits he would be open to making his loan move to Real Betis from Barcelona permanent during the summer.

Spain under-21 international Alena found opportunities hard to come by at Barcelona during the first half of the season, as he featured just five-times across all competitions, falling behind the likes of Frenkie de Jong, Sergio Busquets, Arturo Vidal, Ivan Rakitic and Artur Melo in the pecking order.

The 22-year-old was keen to secure a temporary move away from Camp Nou in order to play more regular first-team football and he linked up with Betis at the start of the month on a loan deal that runs until the end of the season.

Alena came off the bench to make his Betis debut during last weekend’s 1-1 draw at Alaves in La Liga and he has now confirmed that he would be open to making the move permanent if everything goes to plan over the coming months.

“In football you never know, we’ll see what happens next. Now I just want to focus on Betis and do my best,” Alena told reporters when responding to questions about making a permanent move to the Estadio Benito Villamarin.

Alena is happy to be at Betis for the rest of the season and he is determined to help Rubi’s side climb the table, as they currently sit 13th in the standings, but just seven points behind fifth-place Real Sociedad.

Betis are next in action when they visit fourth-division outfit Portugalete in the second round of the Copa del Rey on Saturday.