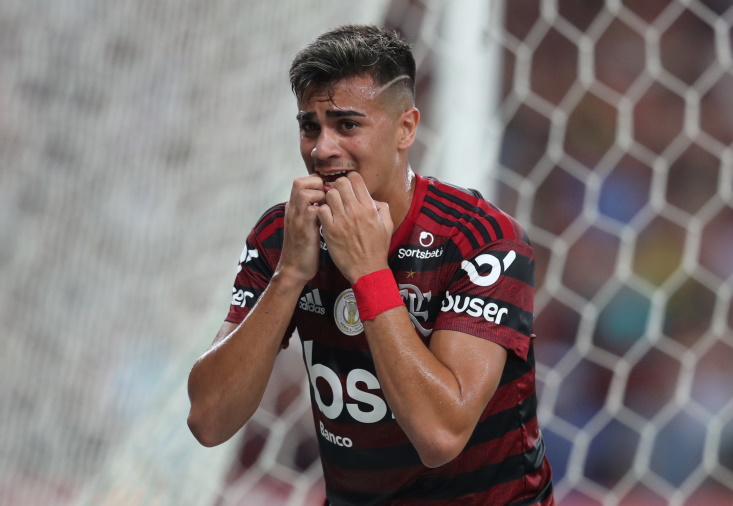 Real Madrid continue to be linked with a move for Brazilian sensation Reinier, who has left the door open for a switch to the Bernabeu.

The 17-year-old attacker continues to shine while on the books of Brazilian outfit Flamengo and he looks to have caught the eye of Real scouts in the process.

Reinier is eligible to join Real once he turns 18 on January 19 and reports are rife suggesting the capital club are ready to pay the Brazilian outfit 35million euros for the player’s signature.

The youngster has just been training with Brazil’s Under-23 side, and,,following one of the sessions, he was quizzed about his future and a potential switch to Real.

However he refused to give too much away and was quoted as saying “Let’s wait and see.”

Everything could become a lot clearer in the coming weeks as it is thought that Real are keen to move quickly and get the deal done ahead of their rivals.

Barcelona are sure to be keeping tabs on the player as well along with a number of other top European clubs so the La Liga giants cannot afford to hang around.

Flamengo will not be able to turn down that kind of money and would not stand in his way anyway, so Real are in the box seat to complete a move.

He has been compared to Brazilian great and former Madrid star Kaka and showed his class when scoring six goals in 14 appearances in Brazil’s Serie A last year as Flamengo won the title.

He still has lots to learn but the potential is there and Los Blancos want him on board.