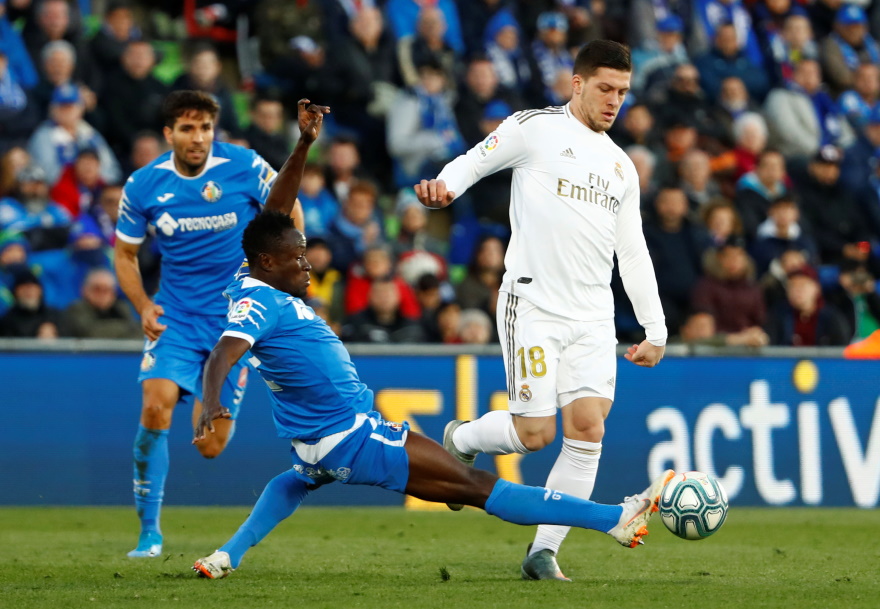 Zinedine Zidane says he has every faith in striker Luka Jovic and has backed him to score goals for Real Madrid for years to come.

It is fair to say the 22-year-old has struggled to settle with Los Blancos since making the £62million switch from Eintracht Frankfurt over the summer.

He has started just four competitive matches for Real, scoring just one goal in the 5-0 win over Leganes back in October.

Reports have been rife that he could be sold either in this transfer window or at the end of the season as Zidane looks to bring in another forward.

It has been suggested that RB Leipzig striker Timo Werner will be brought in at the end of the season and Jovic will be moved on to help fund the deal.

However, by the way that Zidane is talking, that will not happen and Jovic still has a chance to make a name for himself at the Bernabeu.

“He’s a boy who wants to learn a lot. He’s very good. He’ll get a lot of goals. We’ve backed him and you have to be calm with him,” Zidane said.

Zidane was speaking ahead of the Supercopa de Espana in Jeddah, when Real will face Valencia in the semi-final on Wednesday night.

With both Karim Benzema and Gareth Bale missing through injury and illness respectively, Jovic will be handed a rare chance to start and he will need to grab it with both hands, or questions will be raised once again.