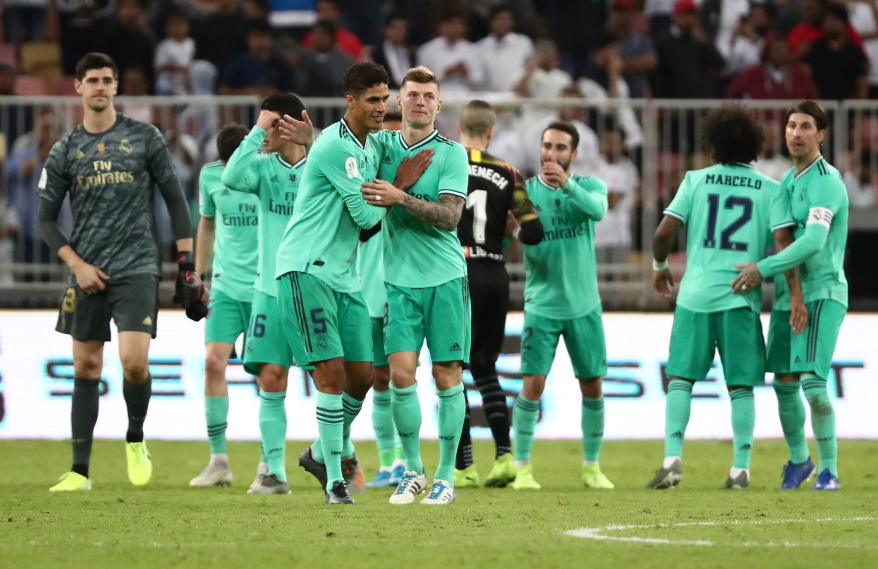 Zidane’s side booked a showdown with Barcelona or Atletico Madrid following a comprehensive 3-1 victory over Valencia in Saudi Arabia on Wednesday and did it without Bale, who has been struggling with a chest infection.

It was hoped he may make the weekend but Zidane, who was also without the injured Karim Benzema, confirmed the Wales international would play no part in the remainder of the revamped tournament.

“At the moment he (Bale) is not ready,” Zidane said following Real’s semi-final win at the King Abdullah Stadium in Jeddah.

“He did not train this week. We have to speak to doctors but the important thing is what the players did and we’re happy with the game.”

Toni Kroos opened the scoring with an audacious effort directly from a corner after just 15 minutes. Isco then added a second for Madrid later in the first half.

Luka Modric put the game out of reach with a fine finish shortly after the hour mark before Daniel Parejo scored a consolation penalty for out-classed Valencia in injury time.

“The team is working hard to be playing at this level and it’s great to see the dynamic in every single game,” added Zidane. “In yesterday’s press conference I said we had to be at our best, and I don’t know if we were, but we’re pleased with the performance.

“It’s what a manager wants to see, for his players to be in great shape. We should be happy but we haven’t won anything yet. We have to rest now and tomorrow we’ll start preparing for the final.”