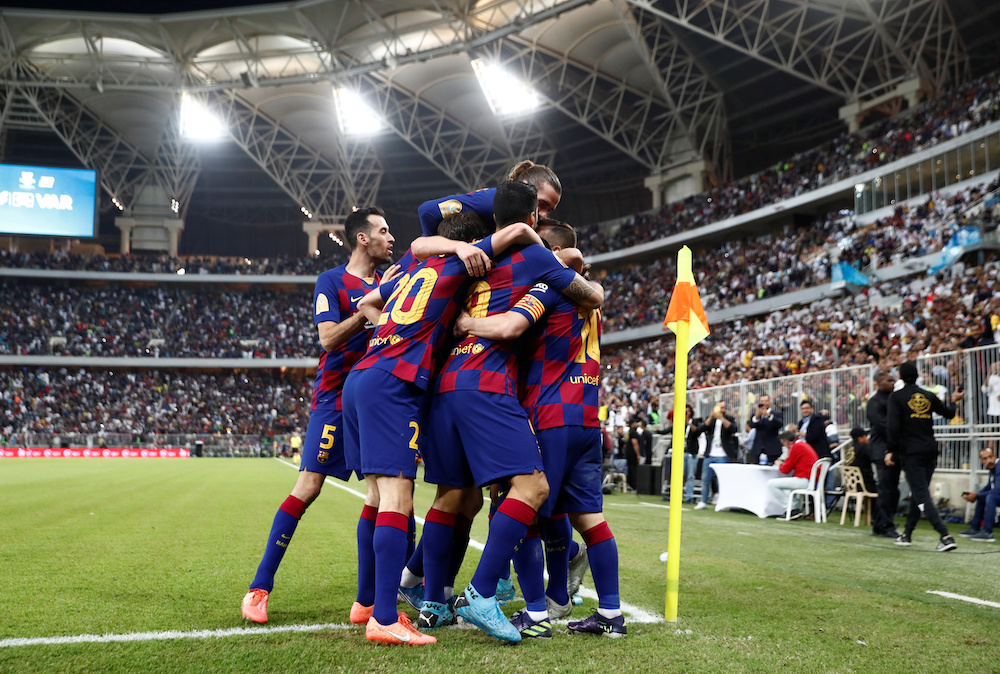 The globalisation of club football went up a notch this week with the staging of the Spanish Supercopa in Saudi Arabi - could we see other leagues follow suit?

The Supercopa used to be the traditional curtain-raiser in the Spanish season, contested between the league champions and Copa del Rey winners. That is no longer the case, with Valencia, Barcelona, Atletico Madrid and Real Madrid forced to jet out to the Middle East for a revamped, extended version of the event.

This move to stage three games between Spanish clubs abroad has been coming for some time and is just the latest step on the enviable path towards top-level football, not only in Spain, being ripped from its foundations.

For the last two years, La Liga have put forward plans to stage one game a year abroad, even going so far as to announce a 15-year deal to hold matches at Miami’s Hard Rock Stadium.

The first clash, between Villarreall and Atletico Madrid, was scheduled to take place on 6 December last year, only for the Spanish football’s national federation, the RFEF, to block the move through the courts.

A matter of weeks after stopping La Liga taking the beautiful game on the road – a move they said would cause damage to the sport – the RFEF put pen to paper on a three-year deal to stage a revamped Supercopa consisting of four teams in Saudi Arabia.

The agreement has been widely criticised by players, managers and fans alike, but that didn’t stop the governing body pushing ahead with the proposal, having been given 40million reasons by the Saudis not to back out.

This isn’t the first time Spanish teams have competed abroad, with Barcelona having faced off against Sevilla in Morocco in the 2018 Supercopa, but somehow this is different.

Although neither Barca nor Sevilla took a vast number of fans to Tangier, the number of supporters from each club travelling to Saudi Arabia is incredibly low.

Real might have sold 700 tickets and Barcelona 300, but Atleti and Valencia haven’t even cracked three figures, selling 50 and 27 tickets respectively, and who can blame fans from staying away?

Aside from Saudi Arabia’s questionable human rights record, it is costing supporters on average £2,000 to watch their team play in the Middle East.

For those staying at home, some Spanish TV broadcasters have boycotted showing the games due to where they are taking place, accusing the RFEF of helping whitewash the Saudi regime.

It all makes staging one league game a year in the United States look rather appealing and that is where the danger lies for Spanish clubs.

La Liga will continue bringing their plans for globalising Spain’s top flight back to the table and eventually they’ll strike an agreement with RFEF, which could open the floodgates for other leagues.

Eight of the last 11 Italian Supercoppa finals have been staged outside of Italy and just last November Luigi De Siervo, chief executive of Serie A, stated that they were exploring the possibility of playing league games abroad.

With Italy and Spain on the verge of going global, the Premier League will surely want their slice of the pie, especially given theirs is the most-watched league worldwide.

The proposal of a ’39th game’ by the Premier League’s powers-that-be is now 12 years old and something similar looks set to come back to the table in future.

Spain has shown football’s money men the way forward and it’s only a matter of time before the rest follow suit.