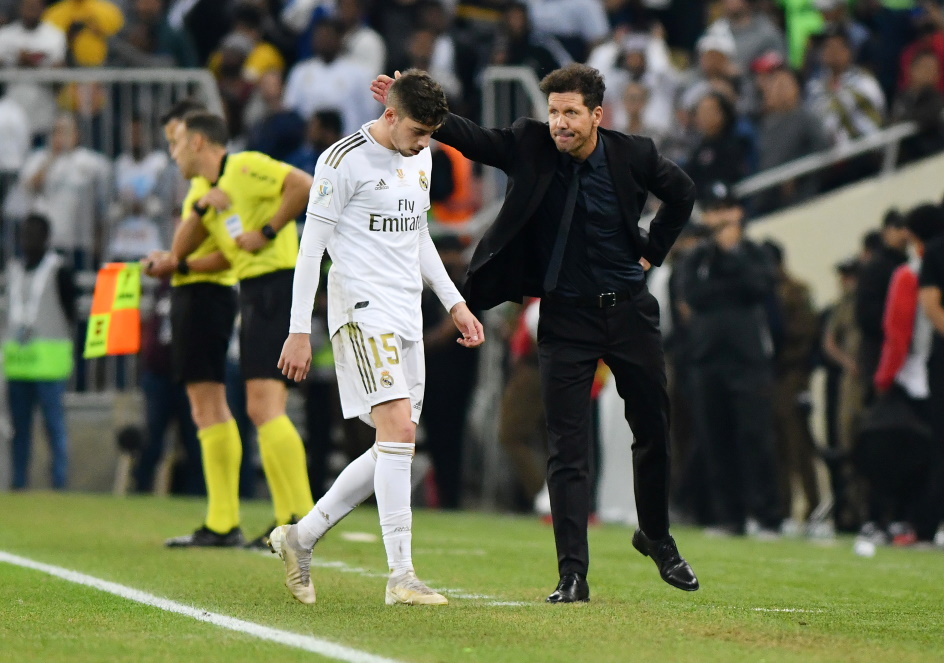 The clash was scoreless between the two sides with just five minutes of extra time remaining when Atleti striker Alvaro Morata went clean through on goal.

With little time on the clock, there was a good chance that Atletico would have won the Cup had Morata gone on to score.

Valverde was taking no chances and decided to trip Morata, preventing a goalscoring opportunity and earning a straight red card in the process.

Real went on to win the trophy 4-1 on penalties and much of talk after the game surrounded the controversial incident which proved pivotal to the outcome.

Atletico coach Diego Simeone said the incident won the game for Real, but refused to condemn Valverde and suggested he would have done the same when he was a player.

Real counterpart Zinedine Zidane also hinted he did the right thing to help his side to victory, but the support from both sides did little to make Valverde feel any better.

Valverde, who won the man of the match award despite the foul, said on his club’s website: “It was something that I should not have done. I apologised to Morata, but it was the only thing I could do because he’s a very fast player.

“I’m happy to win the title but I’m still stuck with what I did because it’s not right. My team-mates got behind me, but it was a sad moment for me. Simeone also came up to me and said something that I won’t repeat and I want to thank him for it.”