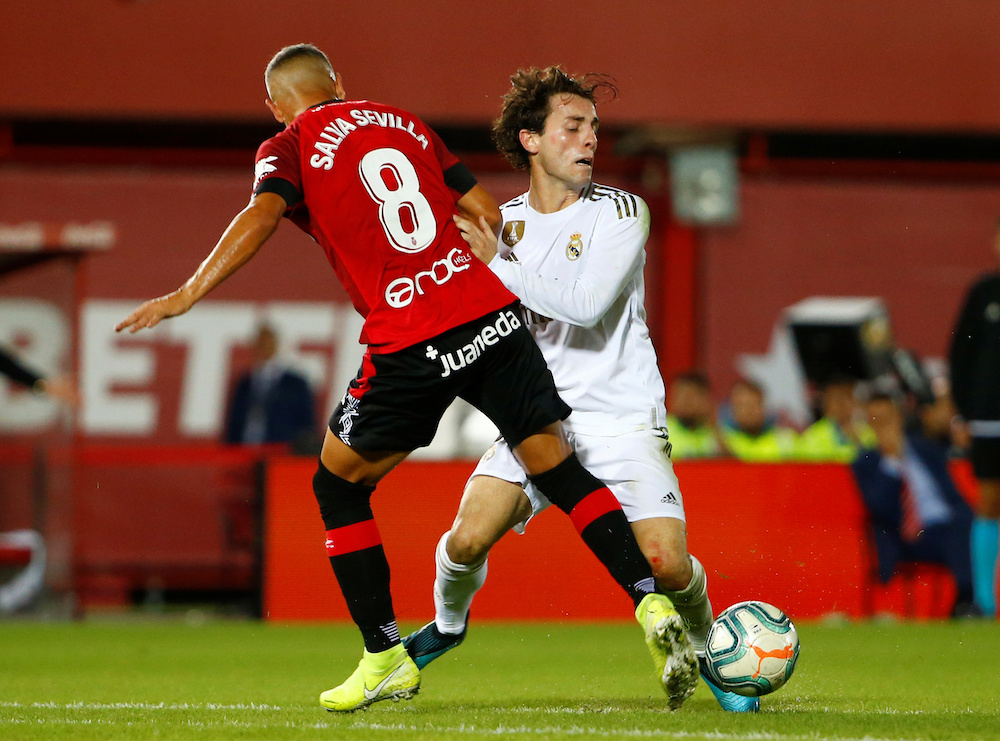 Real Madrid defender Alvaro Odriozola has completed his move to Bayern Munich on loan for the rest of the season.

Odriozola arrived in Germany on Tuesday to undergo a medical and it was only a matter of time before the switch to the Allianz Arena was completed.

The Bavarians have now announced the deal and are delighted to get the player on board after suffering a number of injury problems at the back.

“After internal discussions, we decided to meet the request of our head coach Hansi Flick for defensive reinforcements and decided together on Alvaro Odriozola,” Bayern CEO Karl-Heinz Rummenigge said in a statement.

There's no purchase option included in Odriozola's loan move to Bayern Munich. He'll return to Real Madrid after the end of the season. [@partidazocope] pic.twitter.com/togfsMabK5

“We are very happy about the commitment and would like to thank those responsible at Real Madrid for the very friendly and cooperative discussions.”

The right-back has struggled for regular action with Los Blancos this season and his last start came in the Champions League showdown with Club Brugge in December.

He did make 22 appearances during his first season with the club after arriving from Real Sociedad in a deal worth £35million in the summer of 2018.

However, he has failed to kick on from there and Zinedine Zidane was happy to let him move out on loan to get some action under his belt in the Bundesliga.

The fact that Real were only listening to loan offers would suggest he could still have a future at the Bernabeu, with a decision to be made at the end of the season.