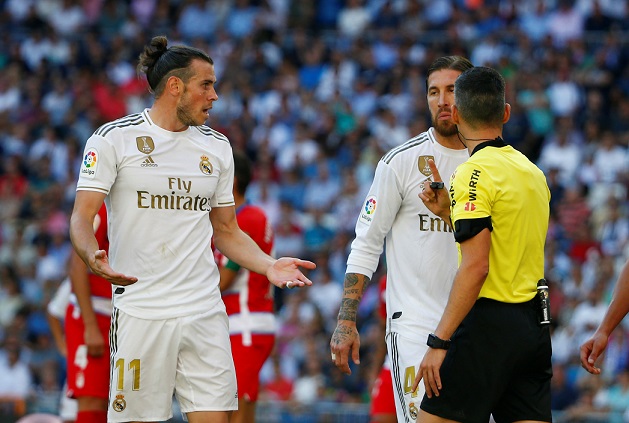 Gareth Bale’s agent has lifted the lid on his failed move to China and insists the forward is unlikely to return to English football.

It seemed Bale’s six-year stay in the Spanish capital was about to come to an end last summer, with the Wales international closing in on big-money move to Jiangsu Suning.

However, Real pulled the plug on the deal at the 11th hour, much to the anger of Bale and his entourage.

His relationship with Los Blancos coach Zinedine Zidane appeared to have broken down completely, with the Frenchman suggesting it would be “better for all concerned” if the former Tottenham man left the club in summer 2019.

That did not happen and Bale is now into his seventh season at the Bernabeu although it has been a disappointment, with injuries hampering his progress and the Real fans making their feelings known.

Gareth Bale's agent on why he wanted to move to China:

"The money was special too. It would have made him the highest paid player on Earth."

The 30-year-old’s agent, Jonathan Barnett, has now spoken about the failure to secure a Far East switch, putting forward the reason he wanted to go.

“It was to create a legacy, his name, to be the first great player to go to China,” he said. “But it wasn’t to be – and the money was special, too.

“It would have made him the highest-paid player on Earth.”

Both Spurs and Manchester United have been linked with the Cardiff-born ace but it appears he has no desire to return to the Premier League, with Barnett unequivocal when asked about a move to north London.