Sergio demands more of the same from Valladolid 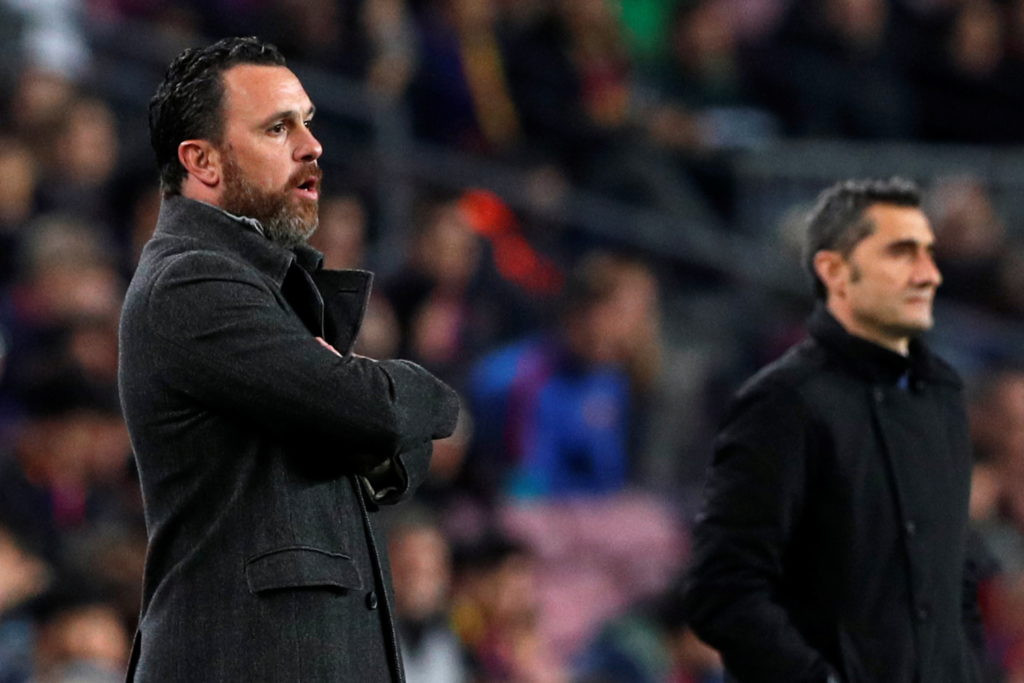 Valladolid manager Sergio Gonzalez has challenged his team to ensure they maintain the standards they set in the first half of the season.

Sergio’s side sit 14th in La Liga at the halfway stage and returned from the Christmas break with a 2-2 draw at home to Leganes.

A trip to Segunda B side Marbella in the Copa del Rey is this week’s challenge although top-flight survival is the priority for the Blanquivioletas.

They take on 12th-placed Osasuna following their trip to the Costa del Sol before Real Madrid travel to the Jose Zorilla on the final weekend of the month.

Sergio has been in the job since April 2018, guiding the club to promotion before leading them to 16th spot on their return to La Liga.

Survival is again the goal for the Castile and Leon club and the closeness of the teams in the bottom half means every point will count.

The 43-year-old says he has been pleased by his team’s progress so far this season and is keen to ensure they do not take their foot off the gas in the second half of the campaign.

“We are on the right track to achieve safety although it is not simply,” he told Marca. “Despite the last stretch, in which we have not been so successful in points, what has been achieved must make us positive.

“This is a distance race and we must continue working to make sure the second half (of the season) is the same as the first and can ensure survival as soon as possible.”