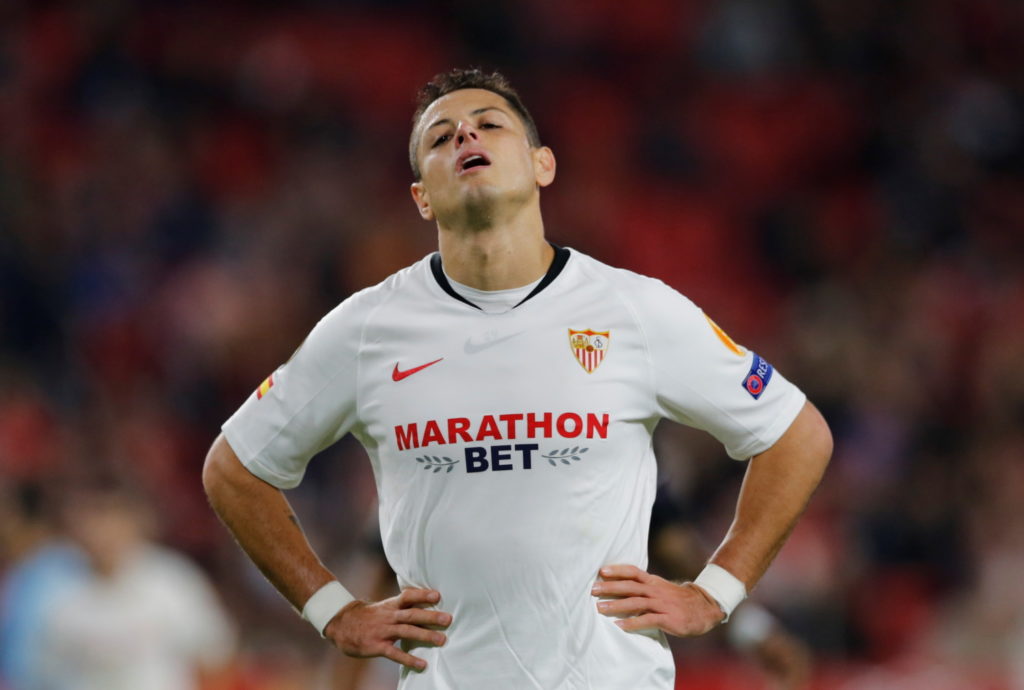 Mexico international Hernandez only joined Sevilla from Premier League club West Ham for a reported 8million euros during the summer, but he has struggled for game-time since arriving at the Ramon Sanchez Pizjuan.

The 31-year-old has only played 446 minutes of La Liga football so far this term, with his sole top-flight goal for Sevilla coming in a 2-0 victory over Getafe in October.

With the likes of Luuk de Jong and Munir El Haddadi ahead of him in the pecking order, it is believed Hernandez could now be open to leaving the club during the January transfer window, with a move to the MLS said to be on the cards.

The Galaxy are the side believed to be leading the chase for Hernandez as they seek a replacement for Zlatan Ibrahimovic, who left the club at the end of last season and has since re-joined AC Milan.

Hernandez might be tempted by a move to Dignity Health Sports Park as the Galaxy already have two Mexican internationals in their ranks in Jonathan dos Santos and Efrain Alvarez.

If Hernandez does move Stateside, it will bring his decade-long stay in Europe to an end. The forward has represented the likes of Manchester United and Real Madrid during his distinguished career.