Sevilla midfielder Fernando facing at least a month out 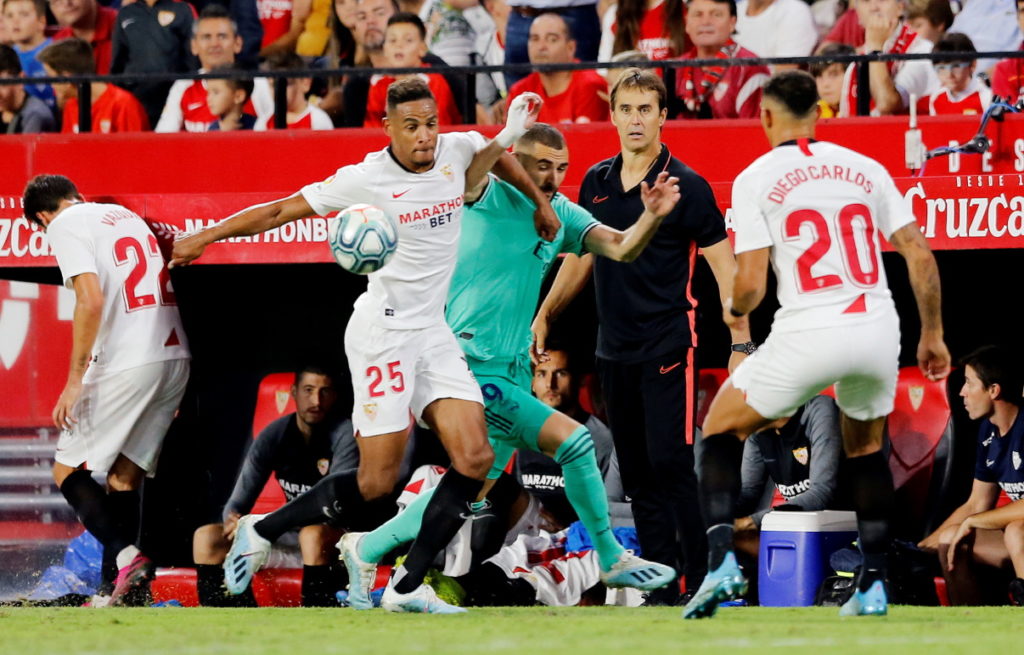 Sevilla midfielder Fernando is facing a lengthy spell out with the hip injury he sustained in Sunday's La Liga clash with Osasuna.

The 32-year-old went off after 32 minutes against Osasuna and was replaced by Nemanja Gudelj with the Serbian now tipped to deputise in the centre of the park in the Brazilian’s absence.

Reports say the former Manchester City and Galatasaray man is expected to be out for at least a month, with further tests likely to ascertain the length of time his recovery could take amid a worst-case scenario of Fernando not being able to play again this season.

He was already suspended for the upcoming league game against Atletico Madrid at the Wanda Metropolitano on Saturday but will also now miss the derby against Real Betis on March 15 and the two-legged Europa League last-16 tie against Italian side Roma, with those games scheduled to fall either side of the Seville derby.

After that, Sevilla play Levante on March 23 and Barcelona on April 4, for which Fernando is also set to be on the sidelines.

Losing the experienced defensive midfielder is a blow to Los Rojiblancos, who are battling for a top-three finish in Spain this season, as he has been a regular for Julen Lopetegui’s side, starting 24 of their 26 La Liga games so far.

Lopetegui was unsure how long Fernando would be out for after the 3-2 win but said there was “no good news” on the midfielder.

The midfielder only joined Sevilla from Gala in the summer and is under contract at the Ramon Sanchez Pizjuan until summer 2022.