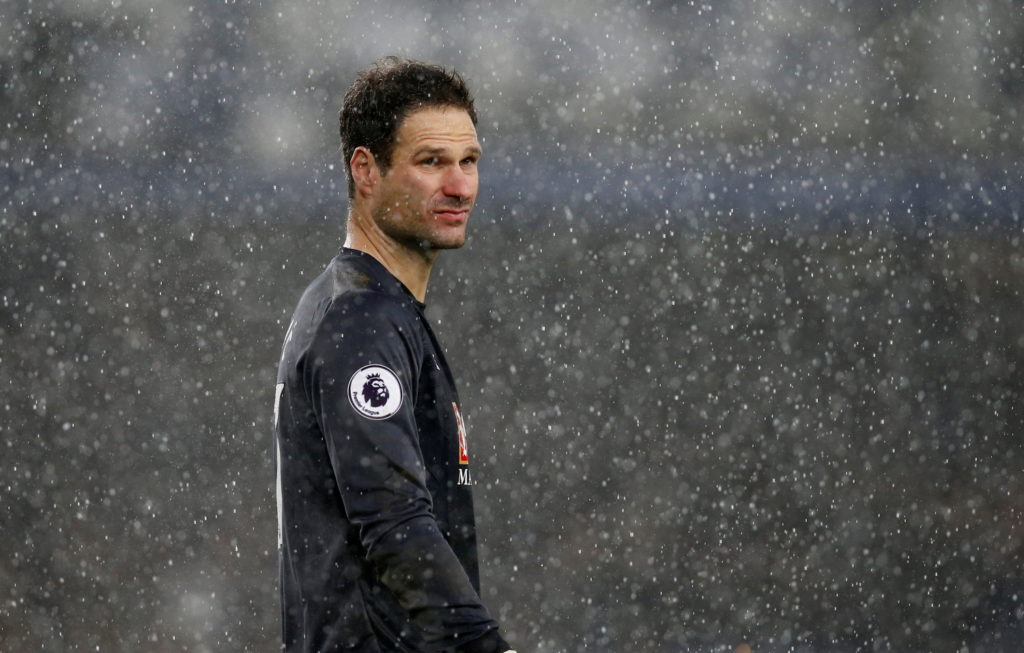 AC Milan have moved into the transfer market to snap up Bournemouth goalkeeper Asmir Begovic on loan until the end of the season.

The Rossoneri have moved quickly to replace Pepe Reina, who has left the San Siro to sign for English Premier League outfit Aston Villa, again on loan for the remainder of the season.

That move was confirmed late on Monday and soon after it was revealed that 32-year-old Begovic would head to Milan.

The 32-year-old, spent the first half of the season at Qarabag in Azerbaijan on a temporary basis but will head to Milan, who sit 10th in Serie A, for the remainder of the campaign.

AC Milan have signed Asmir Begovic on loan for the rest of the season.

Begovic has made 62 appearances for Bournemouth since he moved to the Vitality Stadium from Chelsea in the summer of 2017.

But the Bosnia and Herzegovina international has been deemed surplus to requirements after falling behind Aaron Ramsdale and Mark Travers in manager Eddie Howe’s plans.

However it will not be easy to get the action he craves at Milan as he will be behind Gigio and Antonio Donnarumma in the pecking order at the San Siro and could struggle to get any kind of game time.

Milan had also been heavily linked with Burnley’s Joe Hart and Lucasz Fabianski at West Ham United, but have opted for Begovic instead.

The capture of Begovic is unlikely to be the last bit of transfer business before the transfer window closes at the end of the month as they look to surge up the table in the second half of the season in the hope of qualifying for Europe.