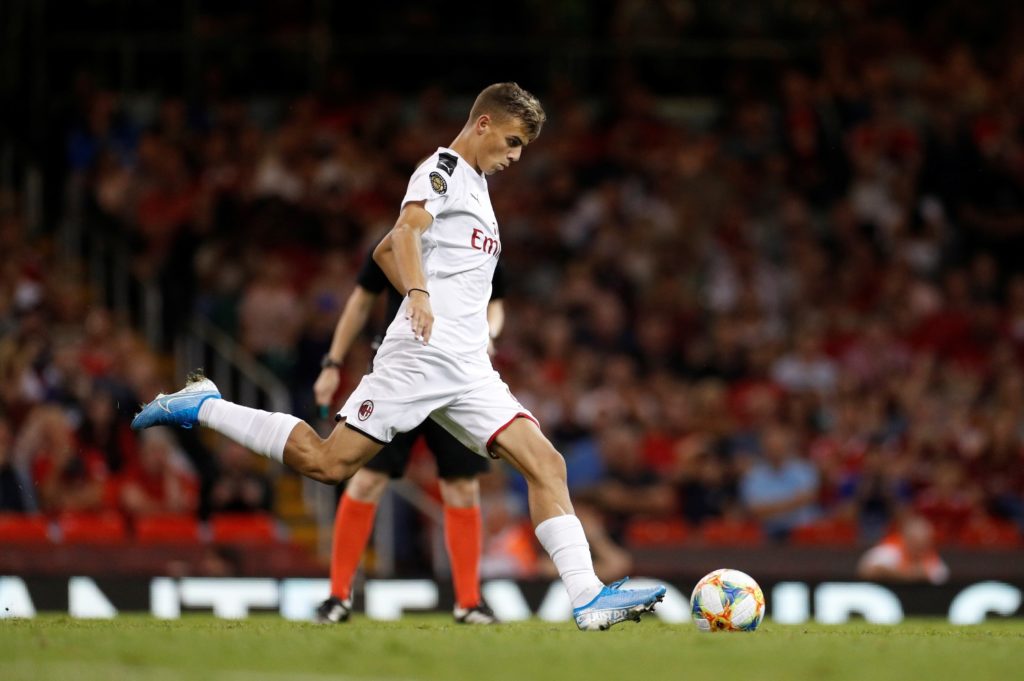 Daniel Maldini admitted he was in dreamland after making his Milan debut to become the third generation of his family to play for the club.

The 18-year-old, who has been featuring for the Milan youth team, was an injury-time substitute as the Rossoneri drew 1-1 with Hellas Verona on Sunday afternoon.

He follows in the footsteps of grandfather Cesare Maldini, who made 347 Serie A appearancesfor Milan between 1954 and 1966, and father Paolo, whose playing career for Il Diavolo spanned 25 years from 1984-2009.

The Maldini legacy at AC Milan has just got even bigger.

The latest member of the Maldini family to run out at the San Siro was understandably delighted and now wants to work hard to keep pushing for first-team action.

“It was a dream come true, just a pity about the result,” he said. “The debut was an objective of mine, now I hope to keep going strong. It was an emotional moment but my father is very reassuring.”

The fans gave the teenager a rousing reception when he entered the hallowed turf but dad Paolo, now a technical director at Milan, confessed he was more concerned with the result.

“I didn’t get the chance to feel too emotional as I was so swept up in the game,” said the ex-defender capped 126 times by Italy.

Milan are no longer the force of old and have only lifted the Italian top-flight trophy on two occasions in the past 20 years.

They are eighth in the current standings and have a battle to secure European football for next season as rivals Inter fight it out with Juventus for the Scudetto.