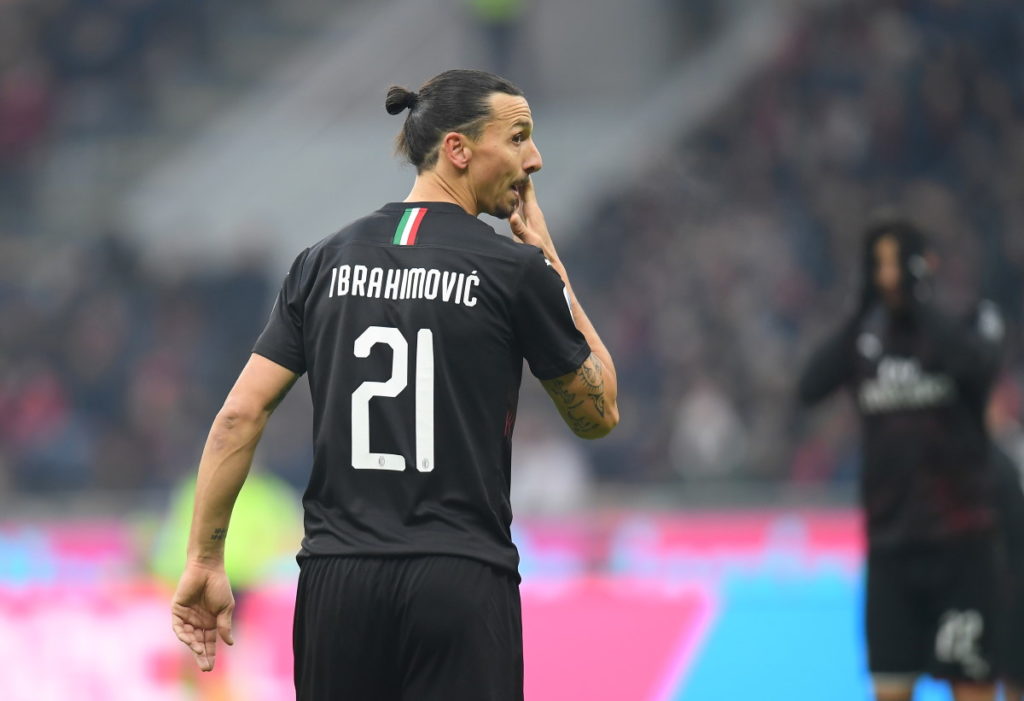 Zlatan Ibrahimovic felt inexperience was behind Milan’s second-half meltdown that saw them lose 4-2 to city rivals Inter on Sunday evening.

Things were going well for the Rossoneri after Ibrahimovic’s 45th-minute goal, added to Ante Rebic’s 40th-minute opener, had given the ‘away’ side a 2-0 half-time advantage at the San Siro.

However, it quickly unravelled after the break as goals by Marcelo Brozovic, Matias Vecino, Stefan de Vrij and an injury-time strike from Romelu Lukaku gave Inter all three points and saw them return to the top of the Serie A standings.

38 – Zlatan #Ibrahimovic (38 years, 129 days) is the oldest ever goalscorer in a Milan derby in the Serie A history. Eternal.#InterMilan pic.twitter.com/1RGnhFwQKy

Ibrahimovic, in his second spell with Milan, will be 39 in October but still has the class and drive to score goals and passion to inspire team-mates and fans.

However, he could do nothing to stem the tide of Inter’s dominance during the second 45 minutes and confessed that his side’s poor game management was behind the loss.

“We stopped playing, the team stopped believing, we stopped pressing, didn’t pass it around enough. From the equaliser onwards, everything collapsed,” said the former Sweden international hitman.

“I think a lot of it is down to experience, because you must know how to control a game at 2-0 up, not just winning at the end.”

The result leaves Il Diavolo 10th in Serie A, with 32 points from 23 games played but they still have an opportunity of playing European football next term.

The top four is well beyond them but Hellas Verona in sixth are just two points better off and that must be the aim for the former Italian giants.