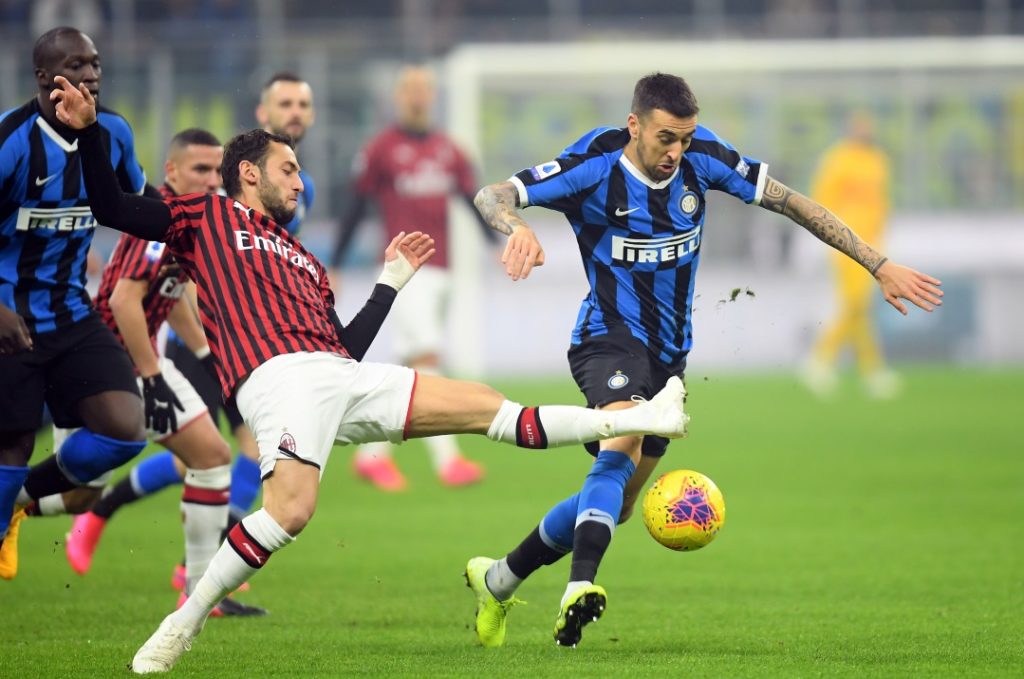 Hakan Calhanoglu is expected to return to action for AC Milan against Fiorentina this weekend after a hip injury.

The Turkey international missed Monday’s 1-0 win over Torino with the problem and there were fears he could be on the sidelines for a few weeks at least.

However, reports in Italy say the midfielder has trained with the rest of the squad over the past couple of days and he should be available for Saturday’s Serie A trip to Florence.

Calhanoglu has been a regular for Milan this season, making 21 league starts, and he’s scored three goals and registered one assist so far this term.

The news the 26-year-old is back fit is a boost to boss Stefano Pioli, who is without defender Simon Kjaer after he was forced off in the first half on Monday with a leg injury.

Mateo Musacchio has also returned to training this week and will be given a late fitness test ahead of Saturday’s game but Lucas Biglia remains out for the Rossoneri.

Right-back Alexis Saelemaekers, meanwhile, is on the sidelines with an ankle injury and is awaiting further test to ascertain how long he will be out for.

Milan are eighth in the Italian top flight, 10 points off the top four, but will hope to at least claim a top-six place this season as they sit level on 35 points with Parma and Hellas Verona directly above them in the standings.

Following Saturday’s clash with Fiorentina, Milan entertain Genoa on March 1 before a Coppa Italia semi-final second-leg showdown with Juventus with the tie locked at 1-1 following the first game.