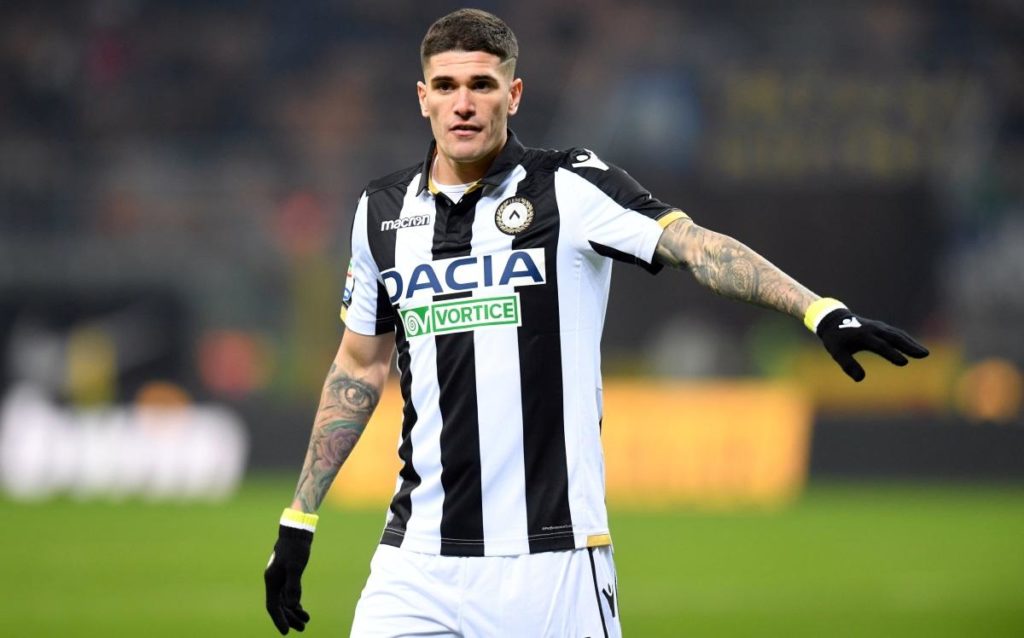 According to reports, AC Milan sent a scout to Saturday's clash between Bologna and Udinese to monitor the progress of three players.

Although the summer window is still months away, Milan are already planning potential transfers and it is believed they had a scout in the stands for the 1-1 draw between Bologna and Udinese at the Dall’Ara stadium

It is thought Milan are showing a big interest in Argentina international Rodrigo De Paul, who has been with the Bianconeri since 2016 and has been attracting the attention of a number of top European clubs.

The 25-year-old, who started his career at Racing Club, picked up a yellow card during the match but he produced a solid performance in midfield as Udinese recorded a third straight Serie A draw.

De Paul’s team-mate Jens Stryger Larsen was also being watched by the Milan scout and the right-back produced an impressive display, one which could earn him a move to the San Siro in the summer.

The third and final player that was claimed to have been watched is Bologna’s Riccardo Orsolini, who started on the right side of midfield and looked dangerous during the game.

It is unclear whether either player has done enough to keep Milan’s focus fixed on them but it is thought the trio will continue to be scouted for the remainder of the campaign.

Udinese return to action next Saturday when they play host to Fiorentina, while Bologna make the difficult trip to title-chasing Lazio on the same day.