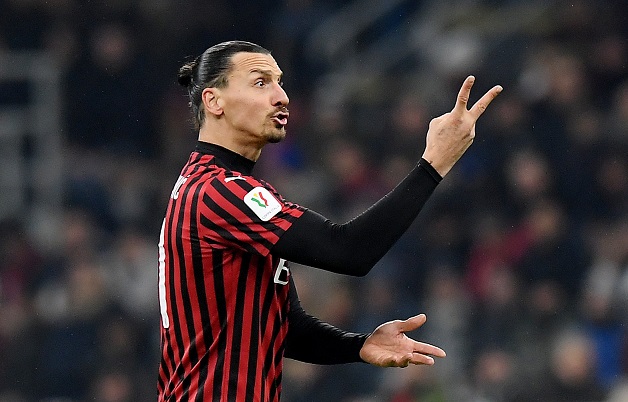 AC Milan midfielder Ismael Bennacer says he is relishing the opportunity to play with Zlatan Ibrahimovic, despite his demanding personality.

Ibrahimovic re-joined Milan in December after a very successful two-year stint in the MLS with LA Galaxy.

He scored 53 goals in 58 matches across the pond and decided to go back to Italy upon the expiration of his contract.

The Swede, who first played for the Rossoneri in a two-year spell between 2010 and 2012, has enjoyed a productive return to the San Siro.

In nine appearances across all competitions, he has grabbed three goals, including a strike in the Milan derby earlier this month.

Stefano Pioli’s side are seventh in Serie A as they aim to get back into Europe for next season.

Former Arsenal youngster Bennacer, who has played 22 times this season, says he is enjoying having Ibrahimovic around the squad.

The 22-year-old says it is great to have a serial winner in the team, despite his reputation for being a perfectionist.

“He talks to me a lot. It is the first time that I have really met a great, great player, who has not ended his career, who has a lot of trophies,” the Algerian international told RMC Sport. “The requirement he has is unbelievable. I’ve never seen that.

“He is 38 years old, I respect him. I know that in everything he is going to tell me, there are things to take and others to leave.”

Ibrahimovic’s initial spell at AC Milan was a very successful one, winning the Serie A title in the 2010-11 season and the Supercoppa Italiana the following term.

He was also the division’s top scorer in his second season at the club before departing for PSG in the summer of 2012.