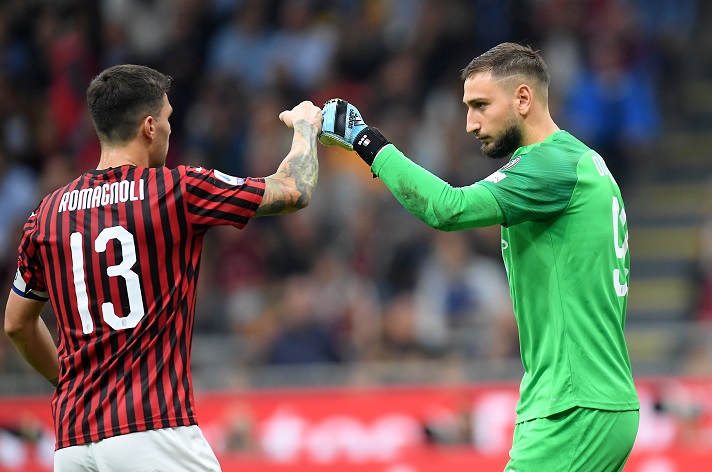 AC Milan could face a battle to keep goalkeeper Gianluigi Donnarumma this summer as reports claim that Chelsea are keen to do a deal.

The Premier League side are known to have a new shot-stopper at the top of their wanted list when the window opens again and Donnarumma has been mentioned as a target.

Reports are claiming they have been in touch with super agent Mino Raiola in the hope he will be able to engineer a move from the San Siro to Stamford Bridge.

Milan have had an indifferent season so far and sit in seventh place in the Serie A standings but the performances of Donnarumma have been impressive.

The Italy international has managed to keep 10 clean sheets in 24 league appearances, and such form has caught the eye of Blues scouts.

Chelsea are in the hunt for a new goalkeeper following some disappointing performances by their record signing Kepa Arrizabalaga, who has been dropped from the side in favour of Willy Caballero.

There has been constant speculation suggesting he has fallen out with Frank Lampard, something that has been denied by the Chelsea boss.

Kepa was back in the Chelsea side and impressed as they beat Liverpool in the FA Cup on Tuesday night, but it will take a strong finish to the season to convince Lampard he does not need a new keeper.

Donnarumma has been linked with a move to England on more than one occasion but Milan have so far managed to keep hold of him, and they are sure to do all they can to rebuff any fresh approaches.