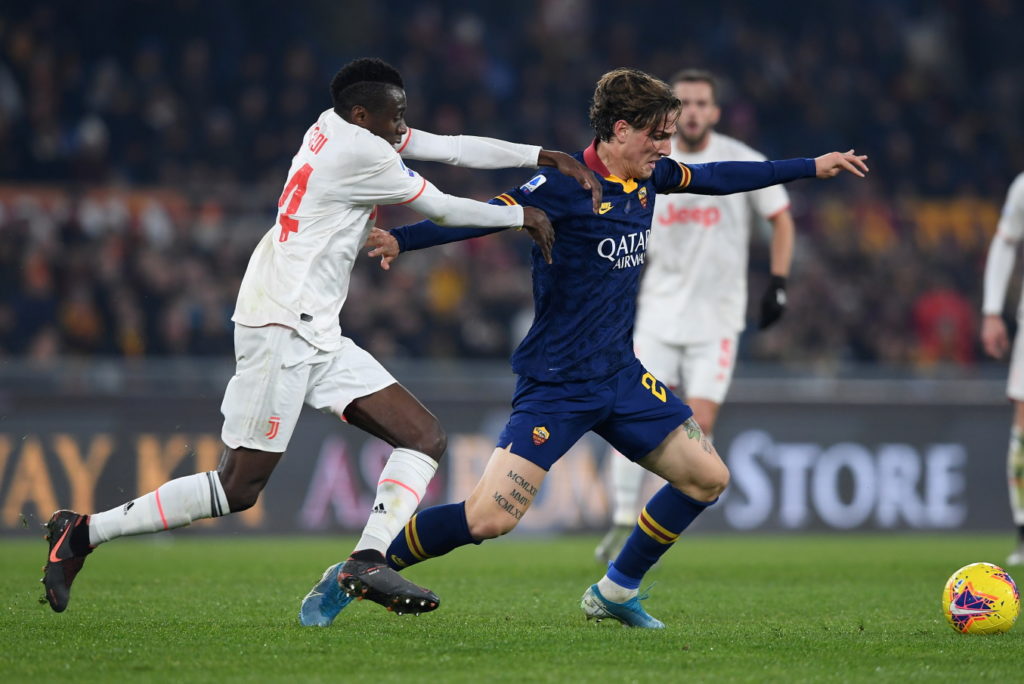 AS Roma star Nicolo Zaniolo looks set to miss the rest of the season and Euro 2020 after rupturing his anterior cruciate ligament in his knee.

The talented 20-year-old suffered the injury during the 2-1 defeat against Juventus on Sunday and Roma have since issued a statement confirming their worst fears.

“Following the injury suffered during tonight’s game, Nicolo Zaniolo underwent medical assessment that revealed a rupture of the ACL in his right knee, along with some damage to the meniscus,” a statement on Roma’s official website read. “Zaniolo will undergo surgery on Monday.”

The injury occurred as the Italian international was brought down on the edge of the Juve area following a fine driving run from deep in his own half.

Following the injury suffered during tonight’s game, Nicolo Zaniolo underwent medical assessments that confirmed the rupture of the ACL in his right knee, along with some damage to the meniscus.

Zaniolo immediately clutched his right knee and was stretchered from the field in tears moments later.

The news comes as a huge blow to Roma, the player and the Italian national side ahead of this summer’s European Championships.

The former Inter Milan starlet had done enough to force his way into the Azzurri squad, making five appearances for Roberto Mancini’s men, and had a good chance of making the tournament.

That looks to have been cruelly taken away from him and now all focus will be on ensuring he makes a full recovery in time for the start of next season.

An exact time frame for his recovery has not been given by the club, but it would be a huge surprise if he was fit enough to be considered for the Euros which begin in June.