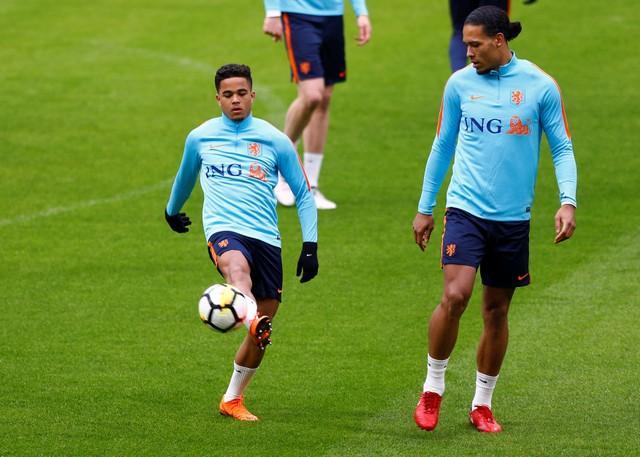 Justin Kluivert admits he initially struggled to settle at Roma but he now feels the move has made him a “better person”.

The winger made the move to the Italian capital in the summer of 2018 in a €18.75million deal from Ajax.

Kluivert became the youngest Roma player to score in the Champions League in a 5–0 home win over Viktoria Plzen in October 2018 on just his second start for the Serie A giants but didn’t make a huge impression in his first campaign with the club despite that strike.

The 20-year-old managed two goals in 35 appearances in total last term and has become a more important figure in the team this year, with six goals so far in 26 games.

The Netherlands international has now admitted in an interview with Black Arrow Magazine that he found it hard to adjust to life with the Giallorossi but he now feels at home in Rome.

He said: “At the beginning of my adventure with Roma it was difficult. Different language, I came here alone. But they are things that make you stronger. You learn a lot, you learn customs and language and how they live. Always learning something makes you a better person.”

Kluivert was on target for Roma on Thursday as they claimed a 1-1 draw at Gent in the Europa League to secure a place in the last 16.

The Italian outfit will take on La Liga club Sevilla in the next round of the European competition, with the first leg set to take place in Spain on March 12.