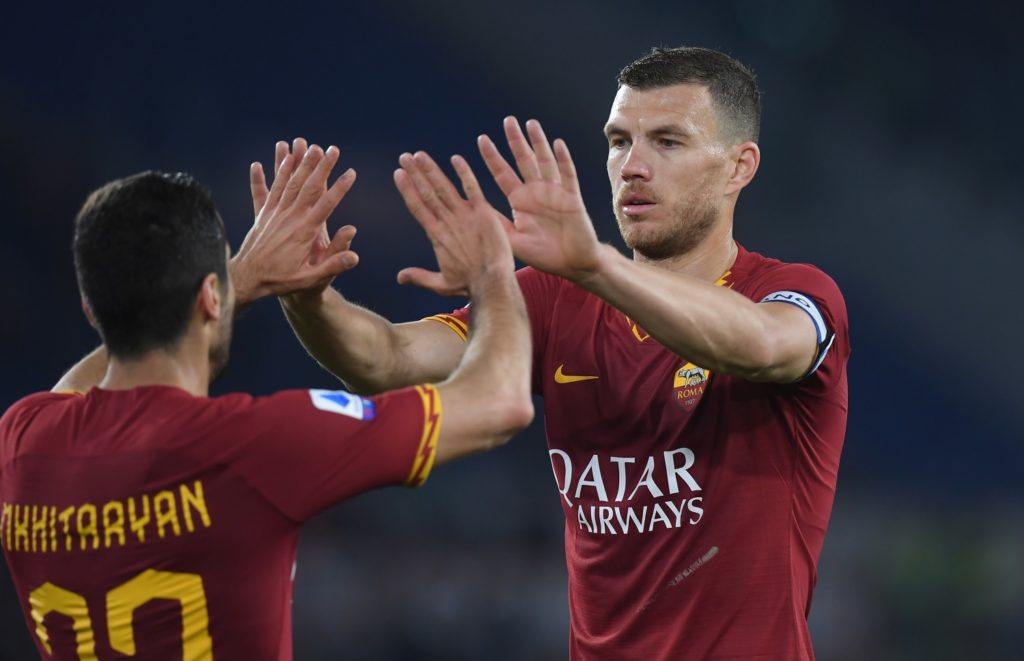 Edin Dzeko feels a club with the standing of Roma needs to put silverware in the trophy cabinet sooner rather than later.

It is close to 20 years since the Giallorossi last lifted the Scudetto, with Fabio Capello guiding the capital club to Serie A glory in 2000-2001.

Their last trophy success was in the 2007-2008 Coppa Italia, when they beat Inter 2-1 in the final under the guidance of Luciano Spalletti, making it back-to-back wins in the tournament after again beating Inter the previous season.

Captain Edin Dzeko said #ASRoma “deserve” to eventually win a trophy and has claimed the Giallorossi are “getting bigger and bigger” with every season. #SerieA #CoppaItalia #UEL https://t.co/9lifnADBkm pic.twitter.com/tiqgShYZYT

It has been slim pickings since then, with Juventus dominating Italian football, and the Romans currently sit fifth in the current standings with 45 points from 26 games played.

They are challenging for a place in next season’s Champions League although the situation involving coronavirus means there is uncertainty if and when the current campaign will be concluded.

Paulo Fonseca’s side are through to the last-16 of the Europa League and scheduled to face La Liga outfit Sevilla over two legs, although rumours suggest the tournament may not be concluded in its current format this term.

Whatever happens, captain Dzeko believes that a trophy or two is all that is missing to help elevate Roma to an even higher standing in the sport.

“It’s such a shame for a club like this not to have won anything in the last years,” he told the Athletic. “Hopefully this can change, because this club, first of all, deserves to win trophies.