Atalanta looking the surprise package of the Champions League 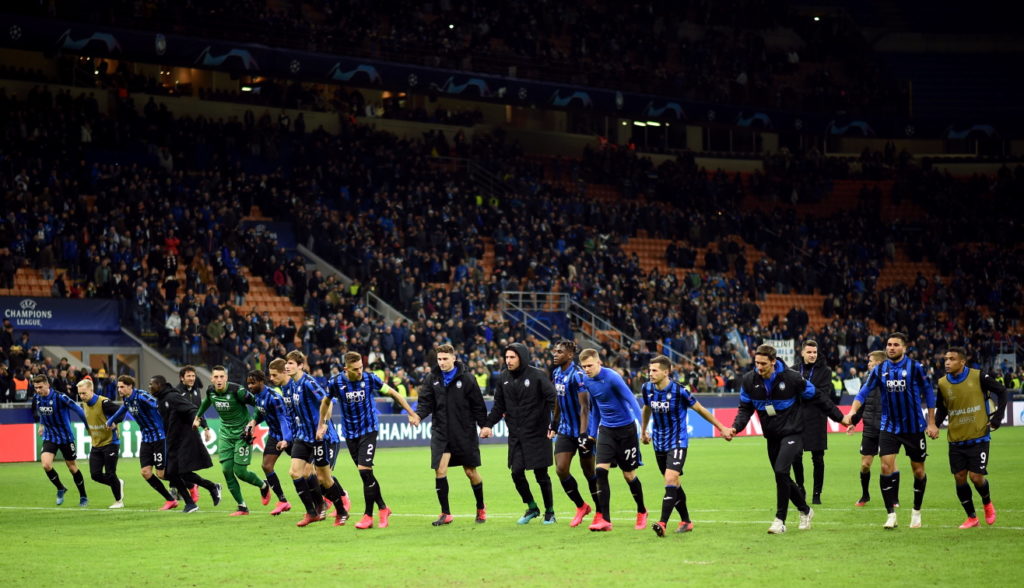 Atalanta could be shaping up to be the surprise package of the Champions League this season following their thumping victory over Valencia on Wednesday night.

There is usually one side that upsets the apple cart in each Champions League campaign, with Ajax being the perfect example last season, and in 2019/20 it could be the turn for Serie A outfit Atalanta.

The 4-1 victory over Valencia means they have one foot in the quarter-finals, and is a result that will certainly have everyone standing up and taking notice.

The job is of course far from done. One thing we have learnt from Champions League ties over the years is the tie is never done and dusted after the first leg. We have seen some remarkable comebacks and Atalanta will not be counting their chickens.

However, the fact they have even got this far, is a remarkable effort and they deserve all the praise they get after Wednesday night’s win, especially when you consider this is their debut Champions League campaign.

They looked dead and buried in the group stages after losing their opening three games, but showed incredible character to draw with Manchester City and then beat Dinamo Zagreb and Shakhtar Donetsk to book their passage through.

Coach Gian Piero Gasperini said in the lead up to the first leg encounter, played at Milan’s San Siro because their own stadium was not deemed suitable by UEFA, that his players have been waiting for this moment for months. And it certainly looked like it as they brushed Valencia aside.

The La Liga outfit have much experience in the Champions League and have been the surprise package themselves when reaching the latter stages on more than one occasion, but they were no match for Atalanta on Wednesday.

The Nerazzurri are without doubt one of the less fancied teams in the competition but that could be playing right into their hands. In effect they have nothing to lose and can play without fear. They are enjoying the moment and that can carry them a long way.

Gasperini’s men are used to upsetting the form book and they proved all the doubters wrong when finish in the top four of Serie A last season to qualify for the Champions League.

And they are showing they are no flash in the pan as they sit in fourth spot again above the likes of AC Milan and Napoli.

The team from Bergamo, a small City just 50kms north of Milan, have quality players throughout the side and scoring goals is not a problem.

They have plenty of goalscorers, with Josip Ilicic on 15 for the season, while Luis Muriel has 13 and Duvan Zapata 9.

The fact they cannot even play at their home stadium does not seem to bother them either and they have all the makings of a side that can go a lot further in the Champions League.