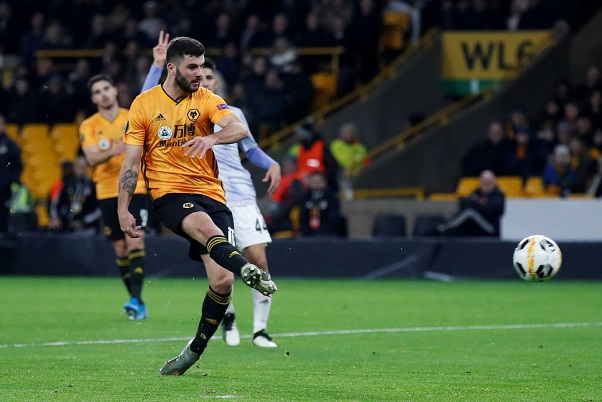 Fiorentina are looking to sign out-of-favour Wolves forward Patrick Cutrone on loan, according to fresh reports.

The former AC Milan forward joined the Premier League outfit from the Rossoneri in the summer but has failed to establish himself at Molineux.

Cutrone has only started three Premier League games since making the move to the Black Country for an undisclosed sum.

The 22-year-old, who won his only Italy cap to date in March 2018, has scored three goals for Wolves in 24 appearances, his last coming in their 2-0 win against West Ham in December.

It appears his future lies away from England after he failed to dislodge Wolves’ preferred forward pairing of Raul Jimenez and Diogo Jota.

He was left out of the goalless third-round FA Cup tie against Manchester United, fuelling speculation he could be set to leave the club.

Nuno: Fair result, good performance.
We did better in the 2nd half.
Yesterday I had a conversation with Patrick (Cutrone) and we agreed he would not be used tonight
First time I’ve heard Jimenez to United rumour.
We have to be ready for anything in transfer window #wwfc pic.twitter.com/l8bJn2OfeP

Fiorentina are thought to be interested in making a move for Cutrone and reports suggest a deal may not be far away.

The Florence-based club, who are currently 15th in the Serie A table, are planning to take him on an initial loan deal until the end of the season, with an obligation to buy for 15million euros in the summer.

However, Wolves apparently want 17million euros, so some negotiations will have to take place before a deal is finalised, but Fiorentina are confident they can get it over the line.

Brazilian forward Pedro has been linked with the exit door and they may be more willing to match Wolves’ asking price if they can move him on.

It has been a difficult season for Fiorentina, who sacked manager Vincenzo Montella in December following a 4-1 home defeat to Roma.