Fiorentina move to tie down Chiesa 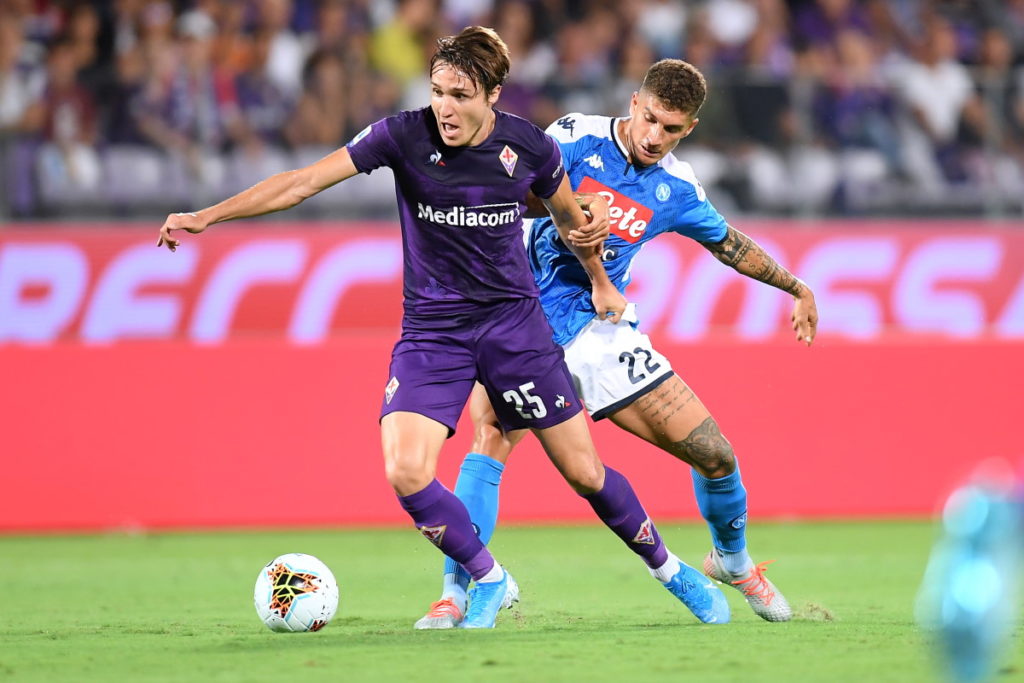 Chiesa is understood to have come close to joining Juventus last summer and Inter Milan have previously been linked with the 22-year-old.

There is also thought to be interest from the Premier League in the Italy international, with Manchester United believed to be keen.

Chiesa’s current deal is set to expire in 2022 and Fiorentina hope he will extend his stay for a further year, according to La Gazzetta dello Sport.

La Viola are reportedly in talks with the player’s representatives and are willing to significantly increase his wages.

It had previously been suggested Fiorentina would be willing to listen to offers in the region of €60million for the winger, but if he were to sign an improved deal the release clause would be in excess of €70m.

As such, it is still a real possibility Chiesa could be on the move when the summer transfer window reopens, but Fiorentina would be in line to receive a far higher fee than if he does not agree fresh terms with the Tuscan club.

The opening of the summer transfer window may well be delayed this year due to the coronavirus outbreak. Serie A has been suspended until at least April 3 and the season is likely to be extended.

The Premier League, France’s Ligue 1 and the Spanish La Liga have also been suspended.

The Serie A campaign was due to end on May 24 although it will almost certainly now run into June. As it stands, the summer transfer window opens on June 10.