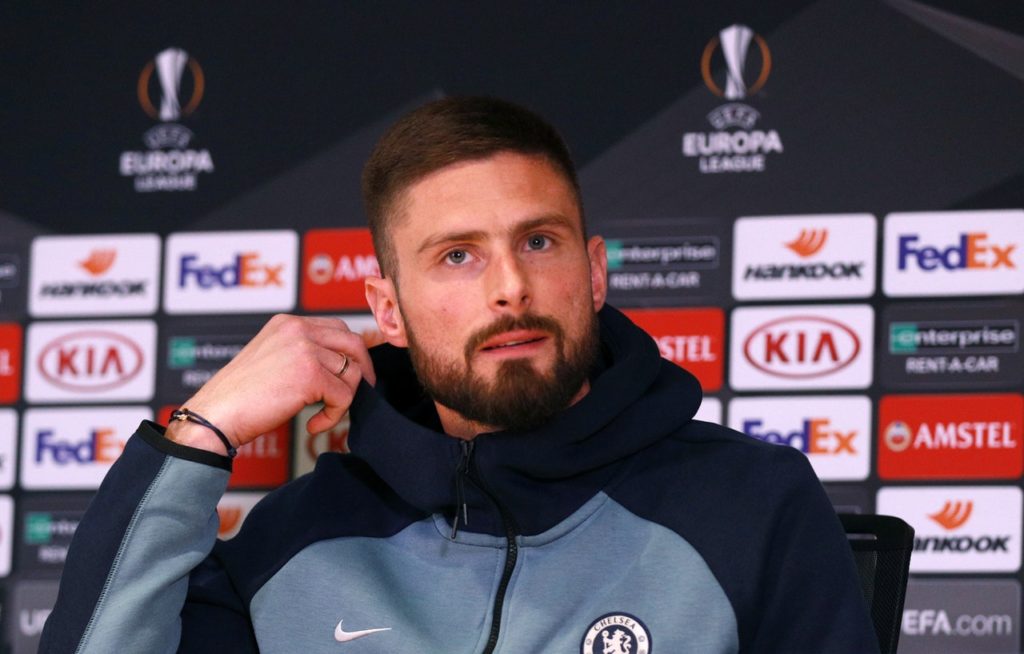 Inter Milan are believed to have joined the race to sign Chelsea forward Olivier Giroud in the January transfer window.

The Blues forward came to the rescue for France on Thursday night as he bagged a 79th minute winner from the penalty spot to help Les Bleus edge past Moldova 2-1 in Paris.

Back at Chelsea, Giroud is thought to have become frustrated by the lack of opportunities under manager Frank Lampard this season.

The former Arsenal star, who signed a one-year contract extension over the summer after the club utilised a clause in his previous deal, has only made two starts this season and the 33-year-old has spoken of the frustration of spending much of the campaign so far sat on the bench.

There has been plenty of recent speculation regarding the forward’s future and now Inter Milan are thought to have joined the hunt to land the Frenchman.

Inter bolstered their attacking ranks over the summer with the arrival of Romelu Lukaku and Alexis Sanchez from Manchester United.

However, manager Antonio Conte is eager to add to his strike force and is thought to have identified Giroud as a target, having worked with the forward during his time at Stamford Bridge.

With less than six months left on his current deal, Giroud could be a bargain deal, with reports suggesting £6m might be enough to land the player.

Chelsea’s inability to bring in a replacement due to their current transfer ban could be the only snagging point in any potential switch to the Serie A giants for World Cup-winner Giroud.