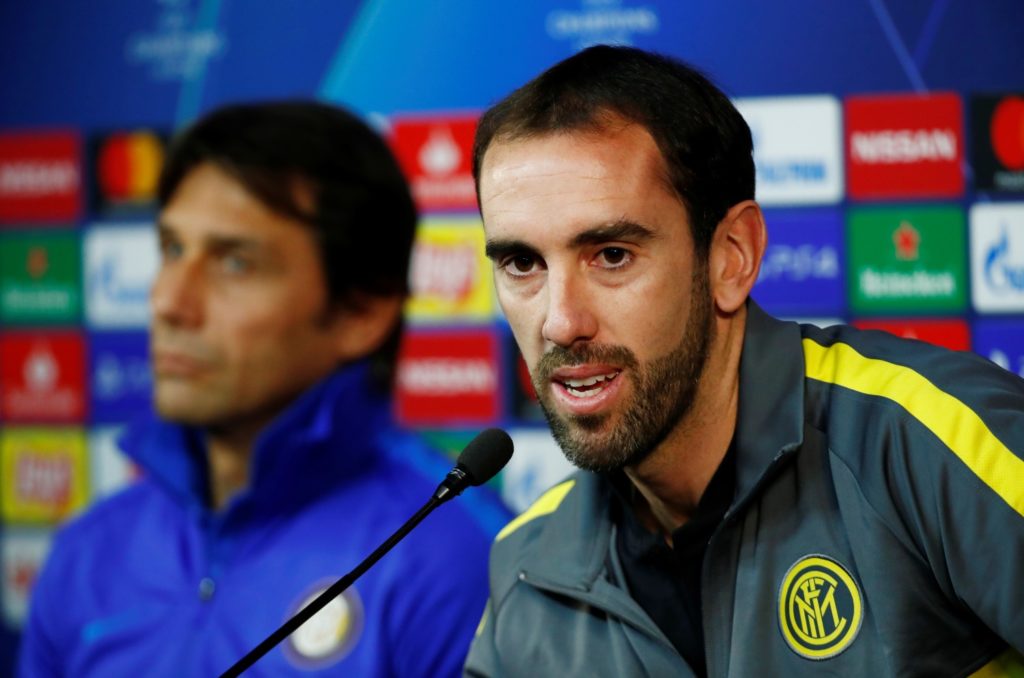 Defender Diego Godin feels Inter Milan will need to be at their very best to beat a motivated Barcelona in Tuesday’s vital Champions League clash.

The sides will meet at the San Siro, with the Catalans already safely through to the knockout stage of Europe’s elite cub competition having taken 11 points from five games this term.

The Nerazzurri’s progression is still very much up in the air as they are second in Group F but locked together on seven points with Borussia Dortmund.

With the Bundesliga outfit likely to beat basement club Slavia Prague in their final group encounter at the Westfalenstadion, Inter will need to take all three points from Barca to avoid slipping into the Europa League next year.

Antonio Conte and @diegogodin speaking to the press on the eve of #InterBarçahttps://t.co/8jgO0xnmsZ

It would be easy for the La Liga giants to take their foot off the gas having already booked their spot in the last-16 but Godin does not see that happening and feels only a top Inter display will be good enough.

“Barcelona are one of the best teams in the world, and always win at least one trophy every season,” he told reporters. “We have to give our all in order to secure qualification, especially against a team that are used to going deep into the competition. It doesn’t make a difference that they have already qualified.”

The Serie A outfit will come into the match after drawing 0-0 with Roma but Juventus’s 3-1 loss to Lazio means Antonio Conte’s side sit two points clear at the summit of the Italian top-flight standings.