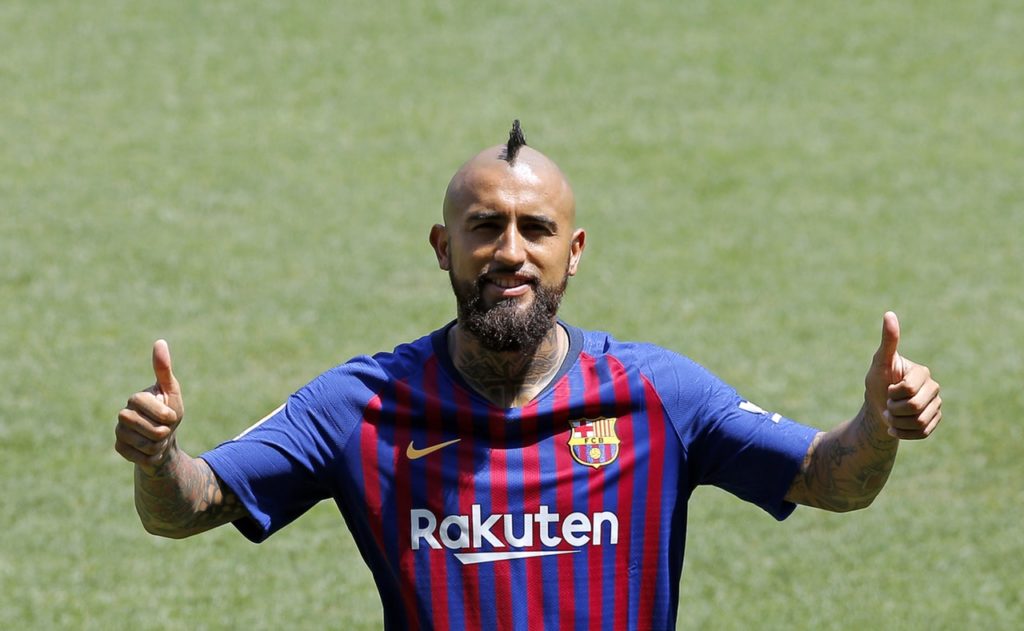 Inter Milan are planning a move for Barcelona playmaker Arturo Vidal in the January transfer window.

Vidal has been tipped to leave Camp Nou in the winter window after struggling for regular game time this term.

The Chilean has managed 19 appearances across all competitions but he has been limited largely to a substitute role, having managed just six starts.

Vidal has been guarded whenever asked about the rumours but it is thought he is keen on a move away, and the chance to challenge for the Scudetto with Inter may appeal.

Italy’s La Gazzetta dello Sport have even gone as far as to claim the 32-year-old has already agreed personal terms with the Nerazzurri ahead of a potential move to Milan in January but no deal has been reached between the clubs as yet.

Inter are apparently keen to take Vidal on loan for the rest of the season with an obligation to buy for €15million when the summer transfer window opens.

It remains to be seen if such an offer would be enough to tempt the Catalan giants into a sale, although they may be keen to offload Vidal amid reports he has filed a complaint against the club over unpaid bonuses.

Inter could face some competition as Premier League club Manchester United have also been mentioned as possible suitors but Vidal is understood to favour a return to Serie A, having previously enjoyed a stint with Juventus.