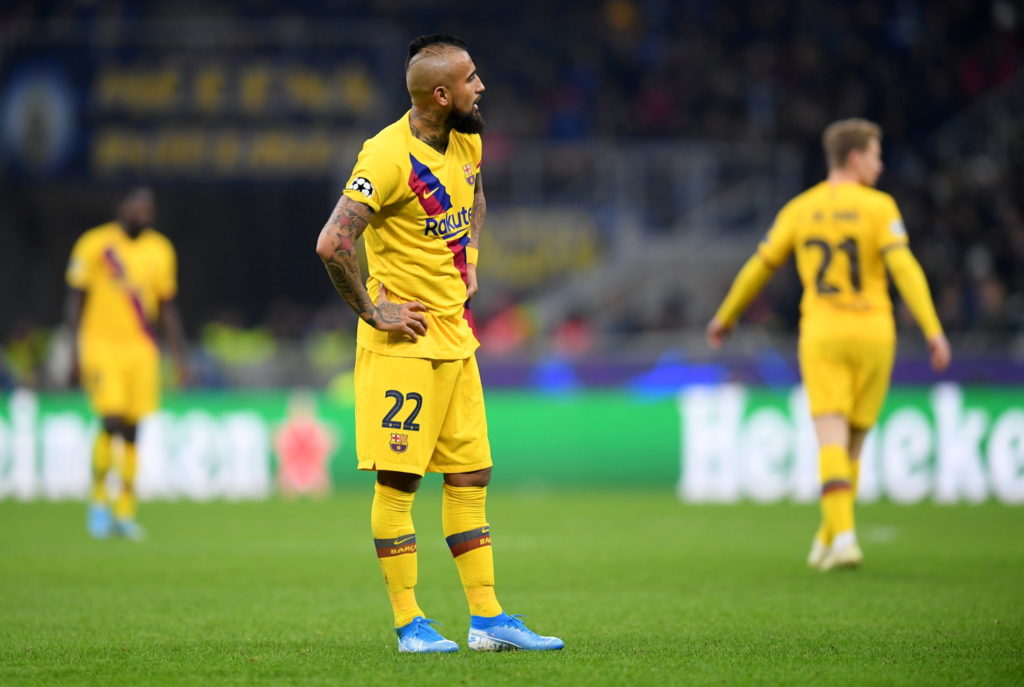 Inter Milan's hopes of signing Arturo Vidal from Barcelona have been hit as the Spanish champions are keen to keep hold of him.

The Nerazzurri are keen to strengthen their midfield during the January transfer window as they push Juventus for the Scudetto – and Vidal has emerged as a top target for boss Antonio Conte.

Conte knows the player well from their time together at Juventus and would love a reunion with the 32-year-old at the San Siro.

It looked as though Inter were in with a chance of doing a deal as Vidal has struggled for regular action with the Catalan giants in the current campaign.

The arrival of Frenkie de Jong from Ajax has pushed him down the pecking order and he has started just four La Liga matches this season.

However, speaking ahead of Thursday night’s Supercopa semi-final against Atletico Madrid, Barca boss Ernesto Valverde has suggested the Chilean ace remains firmly in his plans.

“We’re not thinking about him going to another team,” Valverde told a news conference. “We’ll see tomorrow [Thursday]. In principle he’s with us. No clues.”

Pressed on reported interest from Inter, Valverde replied: “Arturo Vidal plays for us and tomorrow he’ll be on the pitch or on the bench. We don’t pay any attention to other clubs being interested in our players.”

Inter would face strong competition for his services if Barca did allow him to leave, with Manchester United also in the hunt for the former Bayern Munich ace.