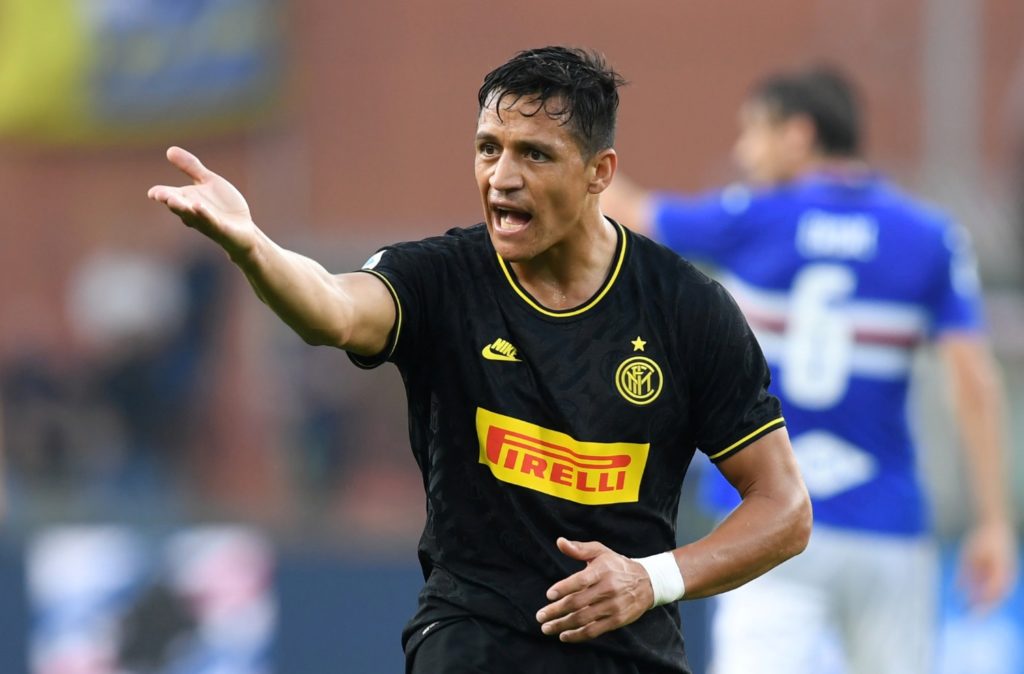 Antonio Conte questioned the fitness of Alexis Sanchez after the Manchester United loanee was an unused substitute for his side.

Chile international Sanchez joined Inter on a season-long loan from Manchester United last summer but he has made little impact for the Nerazzurri to date, making just five Serie A appearances in which he has managed to score once.

The 31-year-old, who has struggled with injury during his time in Italy, failed to make it off the bench in Saturday’s 1-1 draw at home to Atalanta, a result that moved the club one point clear at the top but provided second-placed Juventus with the opportunity to leapfrog them when they travel to Roma on Sunday.

Sanchez was also an unused substitute in the 3-1 win at Napoli on Monday and being snubbed two games in a row has left serious doubts about the forward’s chances of making his loan deal permanent.

Former Chelsea boss Conte was asked about his decision to leave the Chilean on the bench and he appeared to question the fitness of Sanchez.

“You ask me about (Alexis) Sanchez, well in order to play the guys have to be fit. I am not crazy, I am neither an imbecile or someone who likes to hurt himself,” he was quoted as saying by Sky Sports.

“I know that one plus one makes two, but if in your opinion it makes five. If I decide to put somebody on the pitch it’s because I have my reasons. It’s not like I want to do hara-kiri or I am demented.”

Inter return to action on Tuesday when they welcome Cagliari to the San Siro for a last-16 clash in the Coppa Italia.