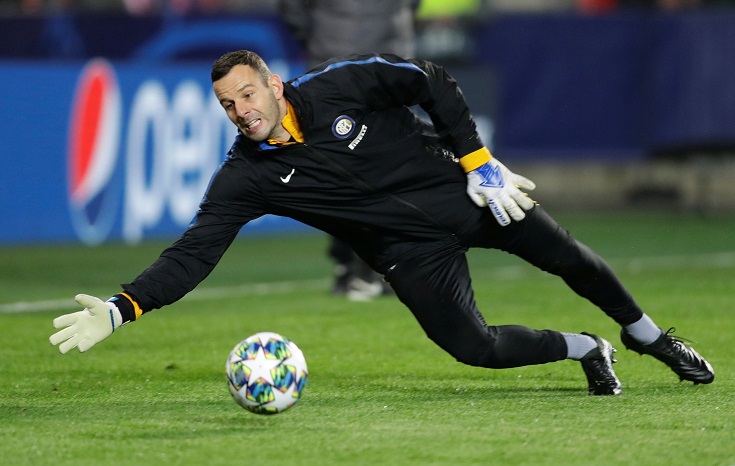 Inter, who are sitting second in Serie A and three points behind defending champions Juventus, are keen to tie down captain Handanovic to a longer stay and reports are suggesting he will be offered a deal that expires a year later than his current contract in 2022.

The 35-year-old goalkeeper, who was capped 81 times for Slovenia before retiring from international duty in 2015, has made over 270 league appearances since arriving at the San Siro in July 2012 and he has been an ever-present in the first team this season.

Head coach Antonio Conte is also hoping to secure a longer stay for Argentina international Martinez despite there being three years to run on his current deal, with reports claiming he will be offer a one-year extension while his release clause will be increased from the €111million.

The 22-year-old, who has scored 11 goals from 20 Serie A appearances this season, has been attracting strong interest from several clubs across Europe and the Nerazzurri are eager for him to commit his future to the Italian club.

It is also being reported that Inter will look to offer new contracts to teenage starlet Sebastiano Esposito, Italian midfielder Nicolo Barella, 20-year-old defender Alessandro Bastoni and full-back Danilo D’Ambrosio, who is 31 years of age.

Conte is certainly trying to build a squad capable of challenging on both the domestic and European stage, having brought in three new players during the January transfer window.

Ashley Young and Christian Eriksen both arrived on permanent deals from Manchester United and Tottenham Hotspur respectively, while Victor Moses joined on loan from Chelsea.