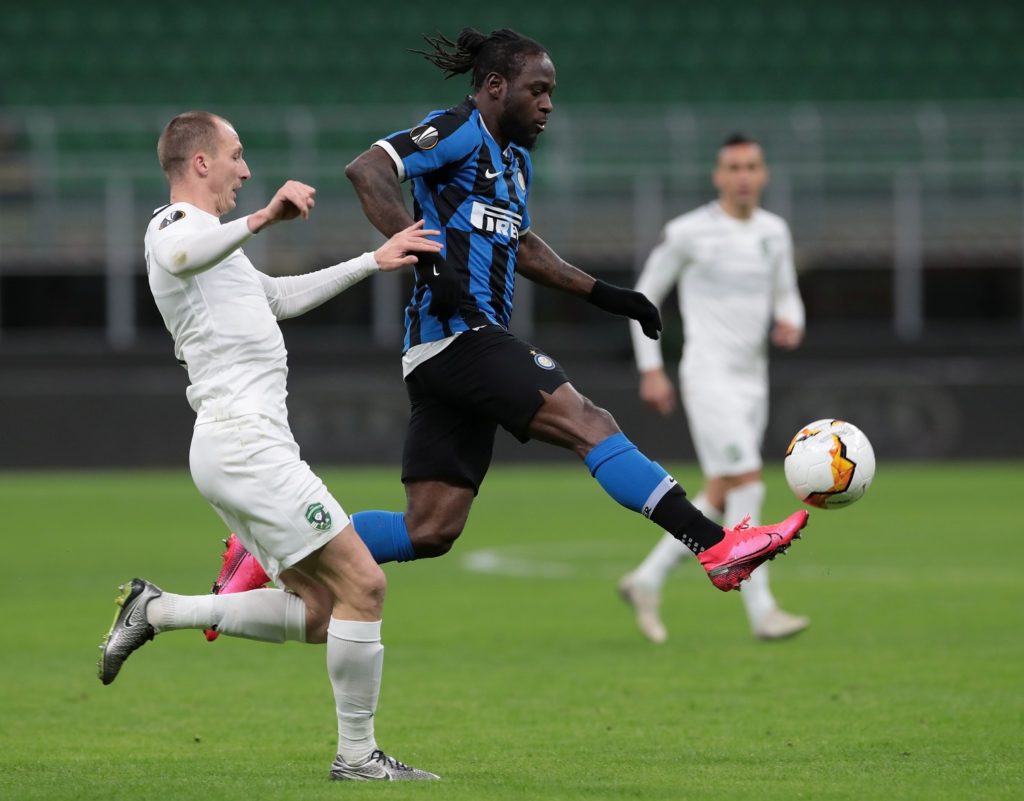 Inter have confirmed that Victor Moses has suffered a muscle injury and will likely miss this week’s Coppa Italia clash with Napoli.

The 29-year-old moved to the San Siro on loan in January after having his 18-month deal with Turkish giants Fenerbahce cut short six months before its scheduled conclusion.

Still on the books at Chelsea, the Nigeria international spent time on loan at Liverpool, Stoke City and West Ham before moving to Istanbul but arrived in Italy on January 23.

The winger has made three Serie A appearances and one start but seems set for a spell on the sidelines as the club issued a statement on his fitness.

“Victor Moses underwent an MRI scan of his left thigh at the Humanitas Institute in Rozzano,” it read. “The tests showed a muscle injury and the player will be reassessed in the coming days.”

It is not known how long the African ace will be out for but it seems unlikely he will play any part in the second leg of the Nerazzurri’s cup clash with the Partenopei.

Napoli hold a 1-0 advantage after the first leg, with Spain midfielder Fabian bagging the only goal of the game for Gennaro Gattuso’s side.

The Naples outfit sit sixth in the Italian top-flight standings after beating Torino 2-1 on Saturday while Inter are now third behind surprise table-toppers Lazio and second-placed Juventus.

However, Antonio Conte’s side have two games in hand on the Rome outfit and one on Juve in what is now a three-horse race for the title.