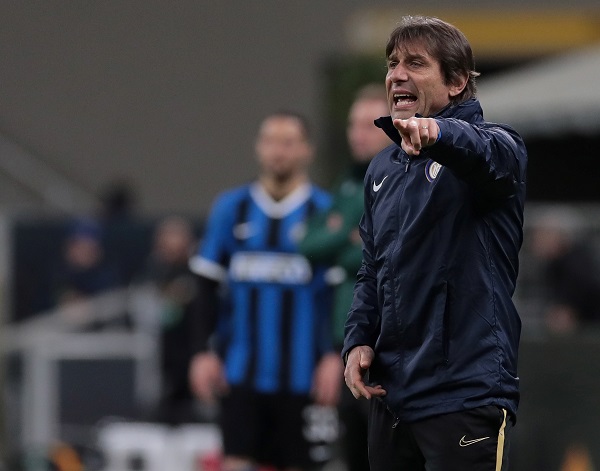 Inter Milan are keen on signing Fiorentina’s Federico Chiesa and Atalanta’s Robin Gosens in the summer transfer window, according to reports.

Antonio Conte is desperate to strengthen at wing-back with those positions crucial in his preferred 3-5-2 formation.

Victor Moses and Cristiano Biraghi are currently at the San Siro on loan but the report indicates that neither player will be signed permanently in the summer.

That leaves Antonio Candreva and Ashley Young, who has a contract extension clause at the end of his short-term deal, as the only options at wing-back.

With both those players well into their 30s, Conte is keen to add fresh blood to compete for the demanding role and has identified Italy international Chiesa and German Gosens as targets for the summer.

Chiesa, 22, has been with La Viola his whole career having progressed through their academy and is primarily used as a winger, although he can play up front and in an attacking midfield role.

He has made 137 appearances for Fiorentina since debuting in 2016, scoring 29 goals and earning a maiden Azzurri call up in 2018.

Gosens, 25, joined Atalanta from Dutch side Heracles in 2015 and has starred for Gian Piero Gasperini’s side as they look on course to reach the quarter-finals of the Champions League after defeating Valencia 4-1 in the first leg of their round-of-16 clash.

He has found the net eight times in 29 appearances this season playing down the left side.

Both players are under contract at their current clubs until 2022 meaning Inter may have to stump up big offers or bide their time.

The Nerazzuri are aiming to win their first Serie A title since claiming the spoils in 2010 under Jose Mourinho and they are currently third, eight points behind leaders Lazio with two games in hand.