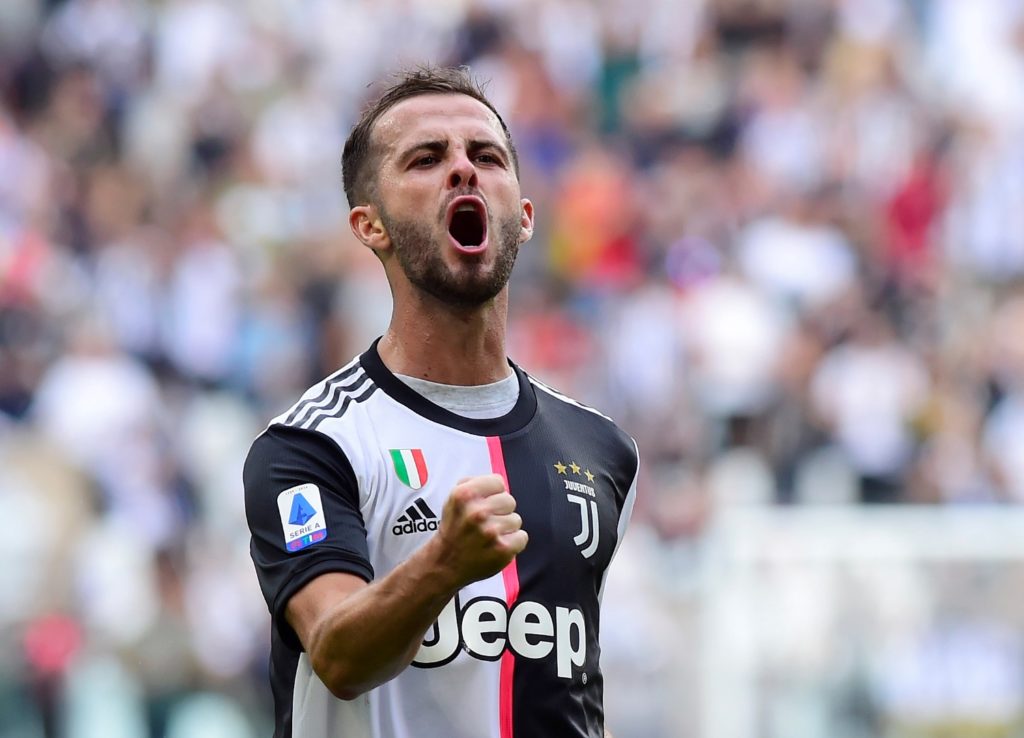 Tuesday’s 1-0 win over Atletico Madrid in Turin guaranteed Juventus top spot in Group D and their place in the last 16 for the sixth successive season.

However, they have failed to make it beyond the quarter-finals in each of the last two campaigns despite dominating domestically.

Paulo Dybala scored the decisive goal at the Allianz Stadium on Tuesday and Maurizio Sarri can now rotate his XI for the final group match at Bayer Leverkusen on December 11.

It has been an impressive start to life for Sarri at Juventus, having joined in the summer, with the side yet to lose a game across all competitions.

Maintaining momentum will be key for the Old Lady over the next few months as they look to be on top form for the knockout phase of the Champions League.

Topping their group should ensure a more favourable draw but they will still face some tricky tests if they are to go all the way.

Pjanic insists Juventus believe in their ability to challenge despite not having lifted European honours since 1995-96.

“We’ll see what happens when the draw is made,” Pjanic said. “We did our job and the rest isn’t up to us. We wanted to come first and we have done, especially in a group that wasn’t easy.

“We know that we have to face each team because we want to win the trophy. Any team we come up against we will prepare for them. We mustn’t forget that we are the only team in Europe who hasn’t yet lost.”