Sarri – Juventus had to beat others to ‘great talent’ Kulusevski 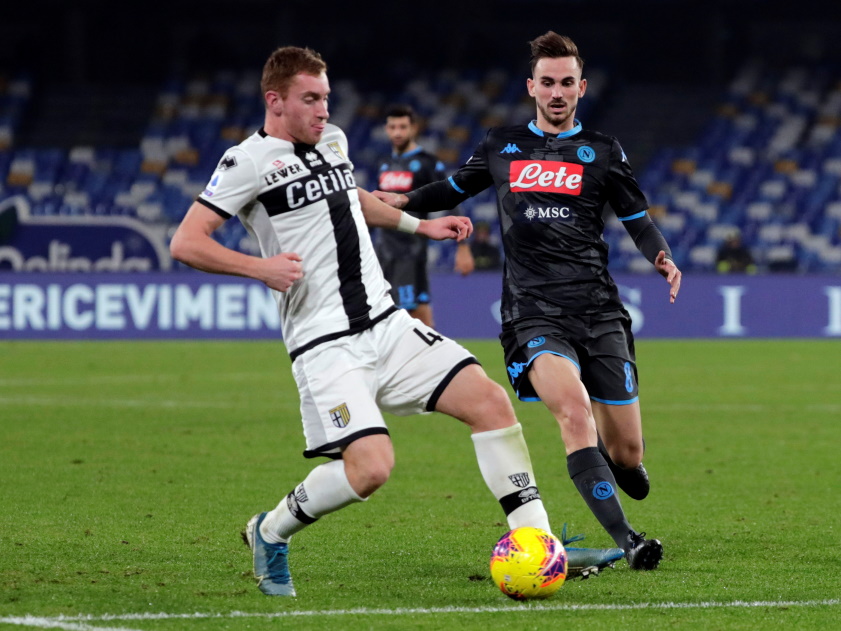 Juventus boss Maurizio Sarri has described Dejan Kulusevski as a "great talent" and says it was important the Bianconeri beat other clubs to his signature.

Juventus moved quickly to snap up Kulusevski very early in the January transfer window in a deal that will earn Atalanta 35m euros (£29.7m) plus bonuses.

The Swedish wide player will finish the season on loan at Parma, where he has impressed so far this campaign with four goals in 17 appearances.

Sarri spoke about the Bianconeri’s new arrival at his weekly press conference ahead of the champions’ Serie A clash with Cagliari on Monday.

“Kulusevski is a great talent,” said the Tuscan coach. “It is important that the club got there before the others. It is not for me to say if there were the conditions to have him already in January.”

Sarri has a wealth of attacking talent at his disposal already and could give Aaron Ramsey his first league start since September when the Sardinians visit the Allianz Stadium.

He said: “The trident? Let’s see tomorrow, there is also Ramsey who seems to be growing. But we need to be attentive, the two Cagliari midfielders are dangerous. Douglas Costa? If he is well, he is always an option. We have to bring him back into good condition without tiring him. He is not yet at the top but he is recovering.”

The former Chelsea and Napoli coach also explained why he had left big-money summer signing Matthijs De Ligt out of the Bianconeri line-up on numerous occasions in the past few weeks, preferring Turkish centre-back Merih Demiral instead.

“He had a difficult period also because of shoulder and adductor injuries,” Sarri said. “He played a lot and had some problems to manage. With Demiral in good health, we made him rest.”

Describing Adrien Rabiot as a player with “untapped potential”, he said Juventus were working on a formation where the Frenchman played on the right of midfield, Emre Can in the middle and Federico Bernardeschi as a ‘mezzala’.