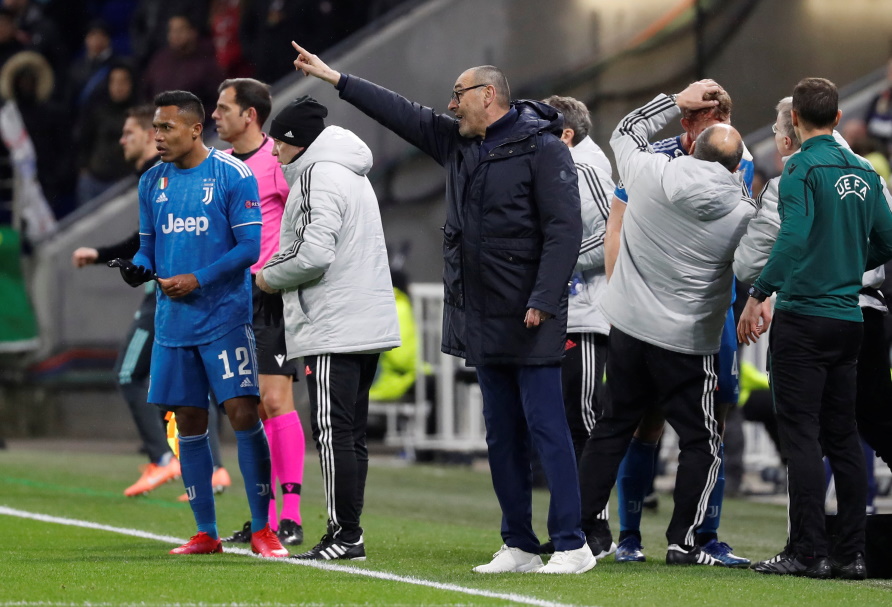 Maurizio Sarri hit out at his Juventus players for moving the ball too slowly as they suffered a 1-0 defeat against Lyon on Wednesday night.

The Bianconeri’s hopes of qualifying for the quarter-finals of the Champions League are in danger as Lucas Tousart scored the only goal of the game at the Groupama Stadium.

The Old Lady are more than capable of turning around the deficit in the return leg at the Allianz Stadium but for now Sarri wants answers for the poor performance in the first leg.

They struggled throughout, and the fact they did not have a single shot on target throughout the entire 90 minutes, is alarming to say the least.

“It is difficult to explain why the circulation of the ball was so mild in the first half: in this way the teams attack and you suffer,” Sarri told reporters after the game.

“We missed the aggression, and then we had an unfortunate episode on the occasion of the goal, given that we were temporarily in 10.

“During the game we were getting heated because, in addition to moving the ball slowly, we were often out of position.”

The result will put more pressure on Sarri, who is coming in for some heavy criticism from some sections of the Juventi this season, despite the fact they sit at the top of Serie and for now are in the Champions League.

Should that change then the knives will really be out and the pressure will be on to get the job done against Lyon in Turin.