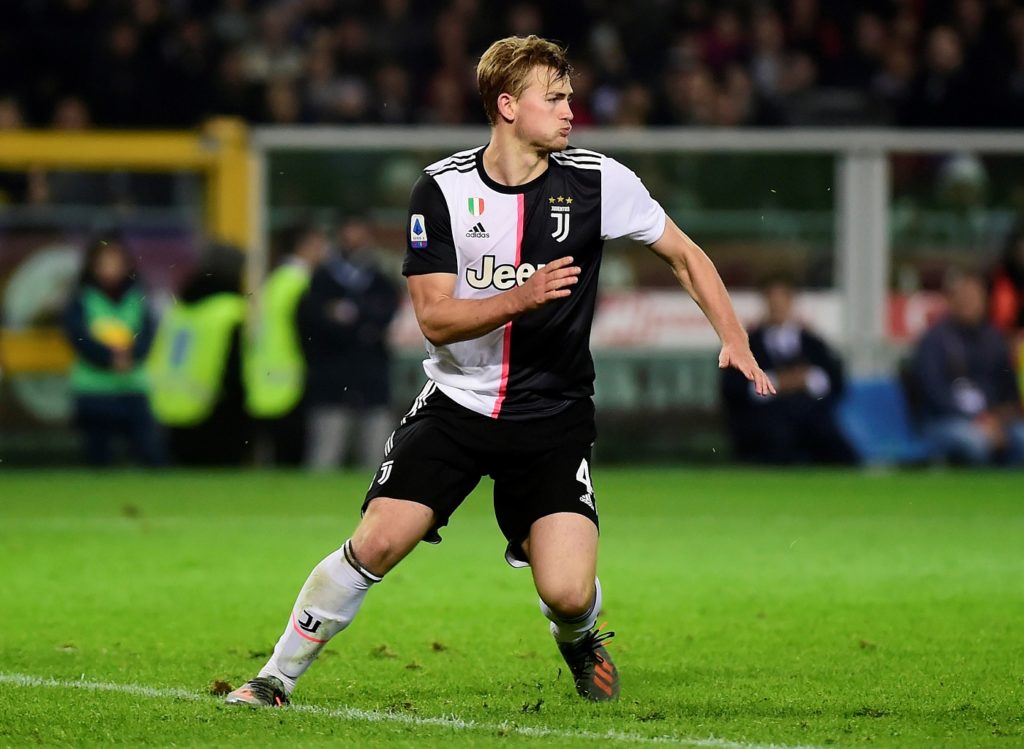 Matthijs de Ligt is satisfied with his performances for Juventus so far and is convinced he can improve further.

De Ligt joined Juve last summer in a €75million move from Ajax as he snubbed both Barcelona and Paris Saint-Germain.

The defender arrived in Turin with a huge reputation after becoming Ajax’s youngest ever captain, winning the Golden Boy award and helping Ajax reach the semi-finals of the Champions league.

The 20-year-old has come in for criticism at times this season but the Netherlands international feels he is now more settled in Serie A, and he has no regrets over his decision to join Juve over Barca and PSG.

He told Ziggo Sport: “I had offers last summer from Juventus, PSG and Barcelona, so I studied the various options and at the end of the day concluded I could grow faster at Juve.

“They have a particular style and I knew being here would make me a more complete player.”

He added: “There are more eyes on you [in Italy] and people expect a great deal, all of which is new compared to my time at Ajax.

“I think that I’ve done well in every match since the start of November and I am happy that the club has faith in me.”

De Ligt has managed 26 appearances in all competitions for Juventus this season and has managed two goals in Serie A.