Home Serie A Juventus Ronaldo thanks all concerned after reaching 1,000 games

Ronaldo thanks all concerned after reaching 1,000 games 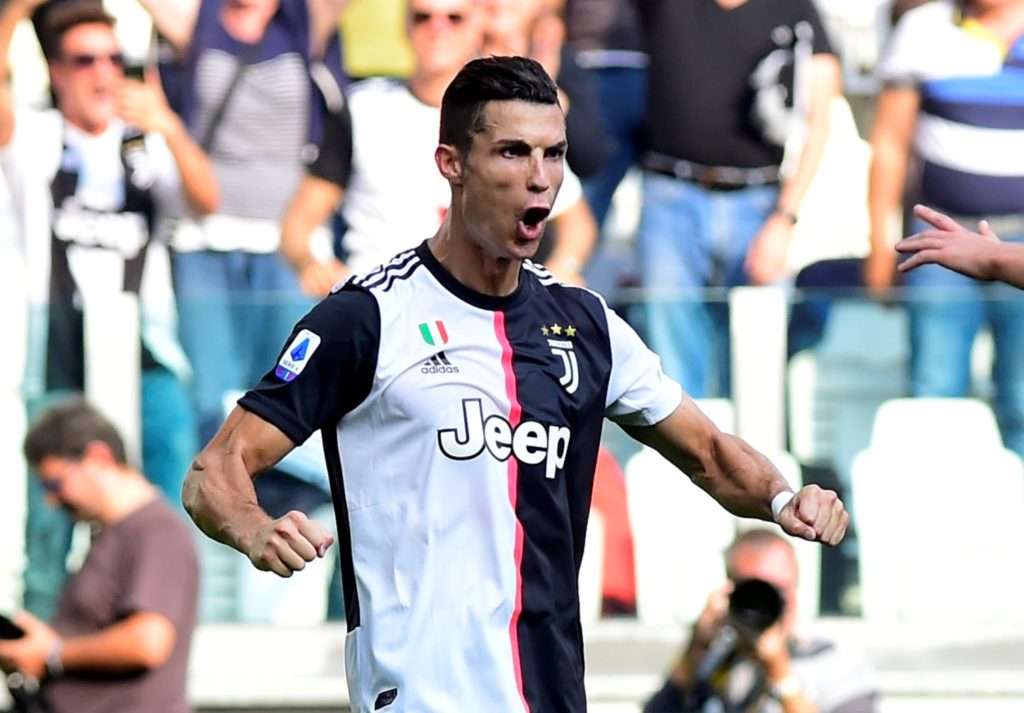 Cristiano Ronaldo has paid tribute to those who have helped him throughout his career after playing his 1,000th game on Sunday.

The Portugal skipper reached the milestone although there was nobody there to witness it as Juve beat Inter 2-0 behind closed doors at Juventus Stadium.

The threat of coronavirus meant fans were kept out but the Old Lady still managed to pick up three points to all but end Inter’s hopes of winning the Scudetto.

The San Siro giants are now nine points behind table-topping Juve and it has been left to Lazio – just one point behind Mauricio Sarri’s side – to offer any sort of challenge.

Ronaldo did not score at the weekend but has still been prolific since moving to the Serie A side from Real Madrid in the summer of 2018, with 53 golas from 75 outings.

Having started his career at Sporting, the 35-year-old enjoyed incredible success with Manchester United and at the Bernabeu before ending up in Turin.

The debate continues to rage as to whether he or Barcelona’s Lionel Messi is the best player in the world.

However, Ronaldo is just grateful to have achieved such longevity in the sport.

“I’m so proud to reach 1,000 official games in my career with a very important victory that put us on the top of the table,” he wrote on Instagram. “Thank you to all my team-mates, coaches, my family and friends, and to my fans that helped me reach this great achievement.”