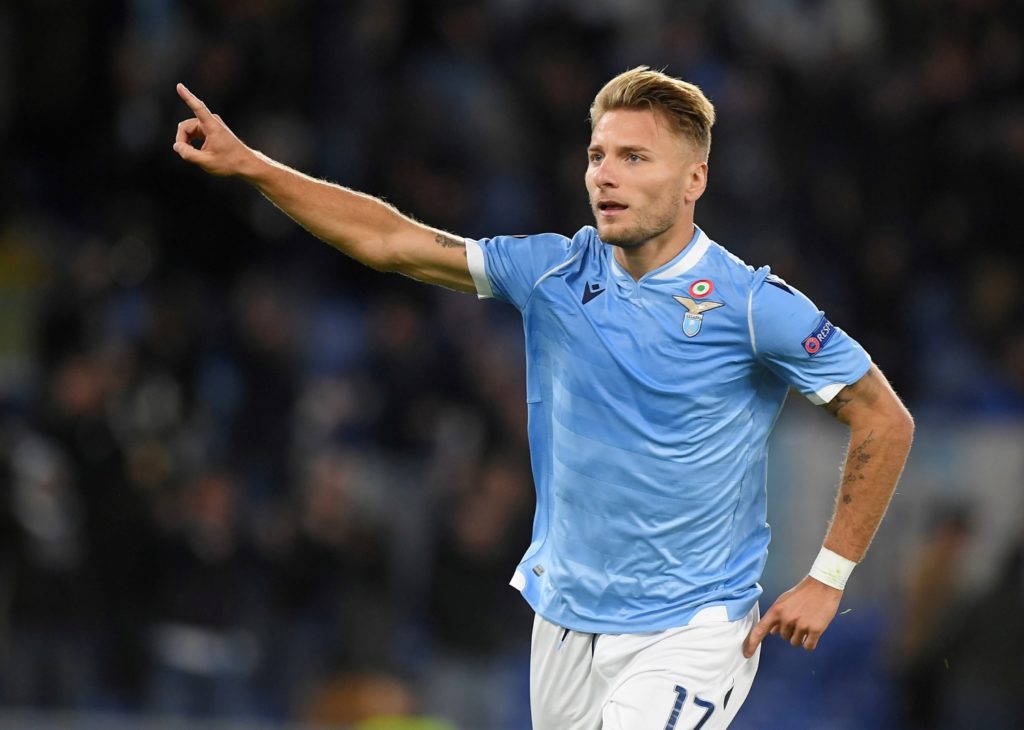 Ciro Immobile has highlighted who he thinks will be Lazio's main rivals to finish in the Champions League places this season.

I Biancocelesti sit fifth in the table after 10 Serie A games, winning five, drawing three and losing twice to collect 19 points.

Wednesday saw them crush Torino 4-0 at home, backing up Sunday’s 2-1 win at Fiorentina, and they have lost just one of their last seven games in all competitions.

Simone Inzaghi’s side finished eighth last season in a campaign that saw them reach the knockout rounds of the Europa League but, more importantly, win the Coppa Italia.

Lazio are again in the Europa League this time around but have work to do if they are to qualify from Group E, having already lost to both Romanian side CFR Cluj and Scottish champions Celtic.

Playing Champions League football is Immobile’s goal, though, and he has picked out who he feels will be the team’s main rivals when it comes to qualifying for continental football’s top competition.

Under the current rules, the top four in Serie A qualify for the group stages of the Champions League.

With Juventus and the reinvigorated Inter Milan already stretching away in the standings, the 29-year-old has named Roma, Napoli and Atalanta as the teams he expects to be fighting it out with his side to join the top two in next season’s competition.

“I would like to work to fight and get to the Champions League,” he told Sky Sport. “These are the teams: we are there, Roma, Napoli, Atalanta. “We play for fourth place.”