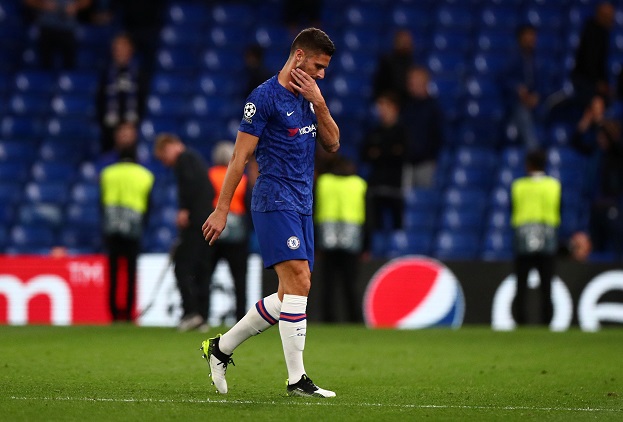 Olivier Giroud could join Italian outfit Lazio as a free agent in the summer when his deal with Chelsea comes to an end.

The France international is out of contract at Stamford Bridge at the end of the season and there is little chance he will be offered a new deal.

The former Arsenal and Montpellier man was told he could leave in the January transfer window but despite links with Inter Milan, Tottenham, LA Galaxy and a few clubs in France’s Ligue 1, the club eventually opted against a sale.

Giroud featured as a second half substitute on Monday evening as Chelsea went down 2-0 at home to Manchester United in his first appearance since the end of November.

The 33-year-old has vowed to give his all for Chelsea between now and the end of the season but seems certain to depart once his current deal runs down on June 30.

France’s Le 10 Sport have now reported that Lazio have made an offer to Giroud ahead of the summer transfer window.

The striker is unlikely to make any announcement until the current campaign is over though – as he has stressed he desperately wants to be in the France Euro 2020 squad and is concentrating on playing as often as he can for Chelsea to give himself the best possible chance of being selected.

As such, any transfer speculation could be viewed as a distraction but if the reports are correct Lazio would have to be considered the frontrunners in the battle for his signature at this stage.