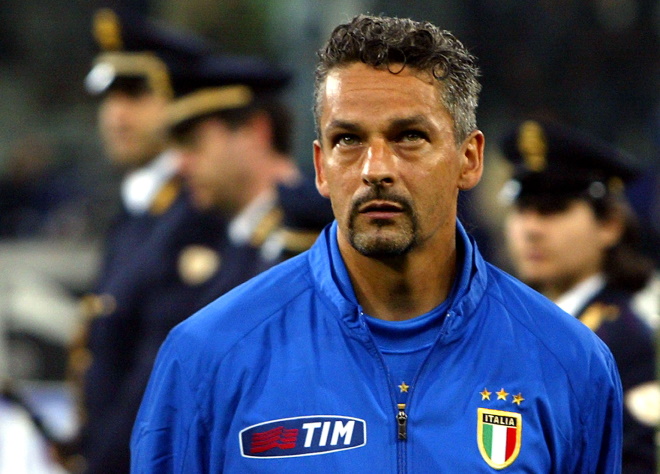 Ciro Immobile is the hottest striker in Serie A this season but the Italian top flight has been blessed with some of the best down the years.

Immobile is on fire as Lazio push Juventus and Inter Milan all the way for the Scudetto. He is scoring goals for fun and at the weekend he became the first player in 61 years to score 27 league goals in 25 matches.

The 30-year-old bagged a brace in the 3-2 win over his former club Genoa and if he carries on he could well eclipse Gonzalo Higuain’s record of 36 goals in 35 games for Napoli back in 2015-16.

Immobile is top class but Serie A has never been short of a quality striker or two. The list could go on and on, but here are some of the best.

Andriy Shevchenko was an AC Milan legend when making 208 appearances for the Rossoneri from 1999 to 2006, scoring 127 goals in the process.

Immobile is the best striker in Italy. pic.twitter.com/dMlSkhxuaW

Although he moved to Chelsea in 2006, where he could not repeat his goalscoring form, that should not detract from what he did with Milan. Returned to the San Siro for a brief loan spell but did not score in 18 games.

Roberto Baggio has to go down as one of the all-time greats of Italian football. Even though not classed as an out-and-out striker, he played mainly as a ‘second striker’ and his goals record says it all.

Baggio is currently the fifth-highest scoring Italian in all competitions with 318 goals, and is the seventh-highest Serie A goalscorer of all time with 205 goals.

Il Divin Codino made his name at Juventus but went on to represent AC Milan, Inter Milan, Bologna and Brescia. He made a total of 490 appearances, scoring 220 career league goals.

Another Juventus legend Alessandro Del Pierro is widely known as one of the greatest players of his generation and made 513 appearances for the Old Lady scoring 208 goals.

The Italian international won the Serie A Footballer of the Year award in both 1998 and 2008 and is the second highest all time goalscorer in Italian football history with 346 goals in all competitions.

Del Piero also won eight Serie A titles with Juve and also the Champions League in 1995/96.

And last but not least, one-club man Francesco Totti, who played 25 seasons of football with AS Roma, making 618 appearances and scoring 250 Serie A goals.

Only Silvio Piola has scored more in the history of Serie A when he 267 goals playing for four different clubs.