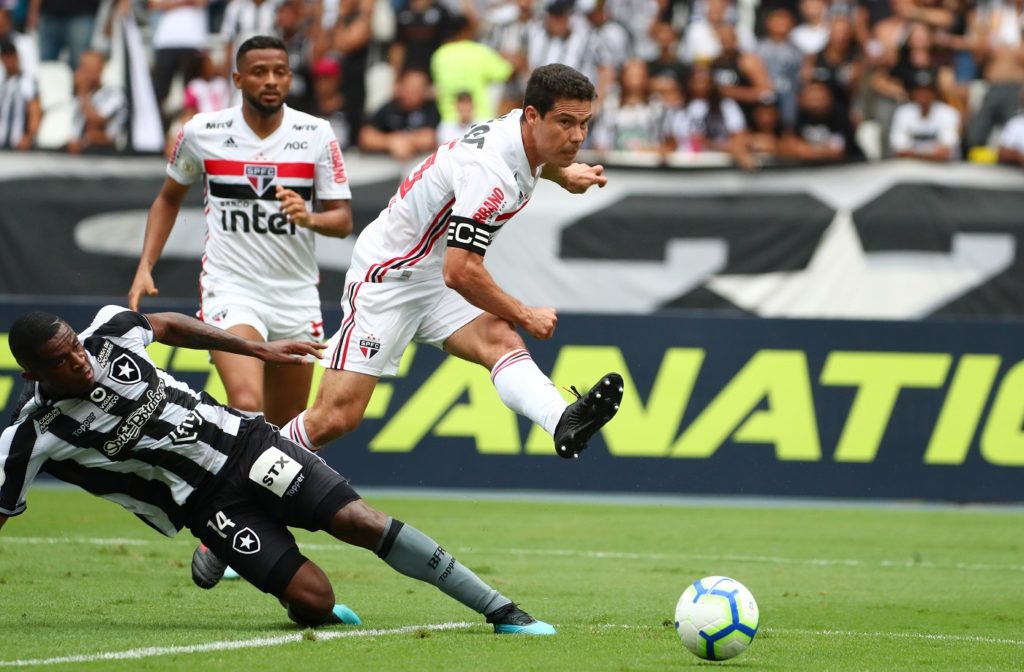 Brazilian midfielder Hernanes has revealed he wants to see former club Lazio lift the Serie A title this season.

Serie A, like the majority of leagues across Europe, is currently suspended due to the coronavirus outbreak and there are concerns that the season may not be completed or even declared null and void as a result.

As things stand, Lazio are currently a point behind leaders Juventus in the standings, but where as the Old Lady have won the Scudetto eight years in a row, the Biancocelesti are chasing their first league championship success since 2000.

Hernanes is better placed then most to comment on this year’s title race, as he not only spent four successful years playing at Lazio between 2010 and 2014, but he also had a spell with Juventus.

The former Brazil international, who currently plays in his homeland with Sao Paulo, has no doubts about which club he wants to see win the title this season, as he is hoping Lazio can get the job done.

“(Simone) Inzaghi’s team deserve to be there and I’m happy for Lazio, who are certainly enjoying this splendid ride,” Hernanes told La Repubblica. “It’s fun to see them play. I hope they can win the Scudetto.”

The 34-year-old has also pledged his support to everyone in Italy, which has been one of the worst hit countries by the outbreak of the coronavirus.

“More than the virus itself, I’m concerned about the fear it is causing among people and families,” the 34-year-old added. “I salute you all, I hope that too many alarms will not arise, and that this situation will be resolved as soon as possible.”