Luckless Lazio fear history is about to repeat itself 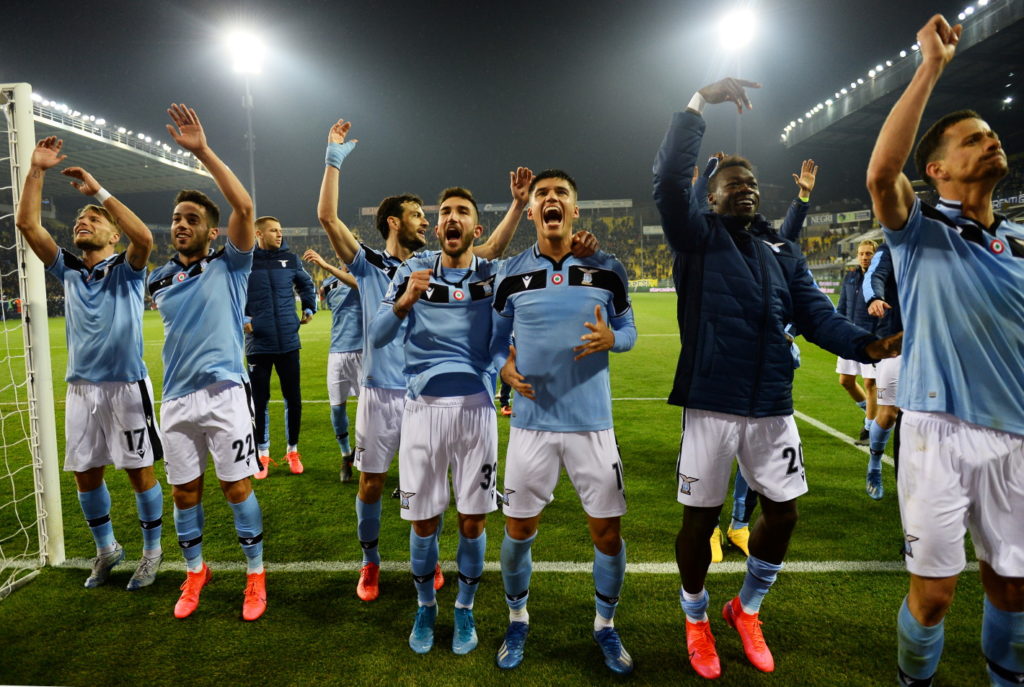 Liverpool fans will be devastated if they are not crowned Premier League champions, but there is another set of supporters also feeling the pain, Lazio's.

The Biancocelesti were sitting second in Italy’s Serie A, one point behind leaders Juventus and enjoying one of the finest seasons in their history when it was postponed due to the coronavirus.

Like the rest of leagues in Europe it remains to be seen whether Serie A will get completed. If it doesn’t, Lazio will be denied the opportunity to win just their third league title.

Of course, everyone knows there are a lot more important things going on in the world right now, and Italy is one of the countries to be hit hardest by the coronavirus, but you have to feel for the Lazio supporters.

The situations between Liverpool and Lazio are vastly different in the way that Jurgen Klopp’s men are 25 points clear at the top of the table and have the title in the bag.

Lazio would still have a lot of work to do to overhaul Juventus and take the Scudetto. But, in a cruel twist of fate, this is not the first time in their history that Lazio could be denied a shot at glory.

The season has been postponed before in mid-season, with Lazio looking good to be crowned champions, back in 1915. On that occasion, World War One caused the season to be cut short.

The format was different back then, but nonetheless the chance to be crowned the best side in Italy slipped by and they fear the same could happen again.

They may not get another chance for a long time. A lot can happen, the side could break up, Juventus could kick on again, Inter Milan could move on to another level, and Lazio would be left to think about what might have been.

They have had an outstanding season. Unbeaten in Serie A since December, they beat the Old Lady twice in December and had been showing no signs of slowing down until the coronavirus struck. As for what will happen next, it is anyone’s guess.

There is a chance that all games could be completed, even split across two seasons, but there is the possibility of the season being written off with the standings as they are now, with Lazio in second spot.

There is also the possibility of a play-off for the top positions and relegation, but tension is already mounting, with Lazio and Juve officials said to have exchanged heated words.

The best outcome would be for life to return to normal asap and the remaining games get played, but as things stand that does not look like happening any time soon, and Lazio fear the bad luck of 1915 is set to strike again.